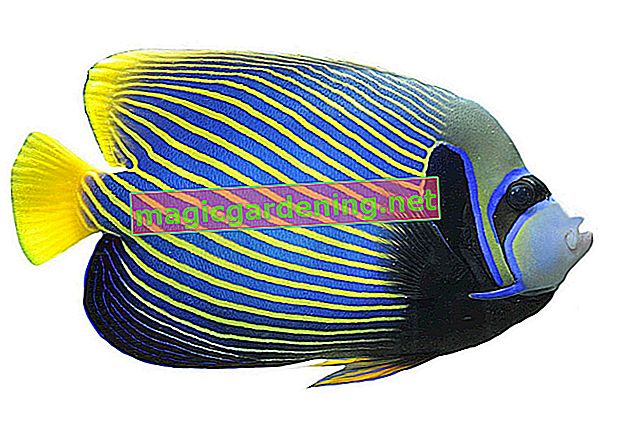 What are deep roots?

Deep-rooted trees form a main root that grows deeper - up to ten meters and more, depending on the tree species. Some lateral roots branch off from this primary root, but do not have the same essential nutritional function as those of heart or shallow roots. Compared to other root systems, deep rooters have several advantages:

Problems in the garden

But the strong advantage of deep roots, its taproot, can also be a disadvantage, especially in the garden. Because of their stability, deep-rooted trees can often get very high, after all, the tree is firmly anchored in the ground. Some species of sequoia that are more than 100 meters high are a good example of this. Many forest trees are also deep-rooted and sometimes reach heights between 30 and 40 meters. But it's not just the sheer size that can be a problem in the garden, the roots themselves too. If the tree has to be moved, for example, the roots, which are several meters deep, are difficult to dig out and involve a lot of effort. Instead, it is often cut or otherwise damaged, so that the tree often dies afterwards.

Typically, deep-rooted trees are mostly found in dry regions, after all they have to get to the water layers that are also very deep. However, some species only develop tap roots when they are young, only to convert them into a heart root system when they are fully grown.

The yew tree, which is very popular in gardens, is not only known for its toxicity, it is also a pronounced deep-rooting tree. The conifer, which can reach heights of up to 20 meters, develops tap roots that reach at least two meters and, depending on the location, can also reach significantly deeper. In old age, there are many fine roots growing close to the surface.

Oak trees develop a strong root system that extends about 30 to 40 centimeters deep into the earth. However, they are considered difficult to transplant and often die when attempted.

Although the ash can grow up to 40 meters high, its taproot reaches a maximum of one and a half meters into the earth. Ash trees are among the tallest native trees in Germany.

With a root depth of up to ten meters, the pine is the classic deep root.

From a botanical point of view, the larches are up to 50 meters high and belong to the pine family. Your tap root can grow up to two meters deep.

The tap roots of the linden trees also grow about two meters deep.

Originally from North America, black locust can grow up to 40 meters high, while its taproot digs up to three meters deep through the soil layers.

Be careful when planting a juniper hedge: Juniperus develops tap roots up to six meters deep, which are very difficult to remove.

Some species, such as the walnut tree, only develop tap roots as young trees in order to later develop a shallow root system.