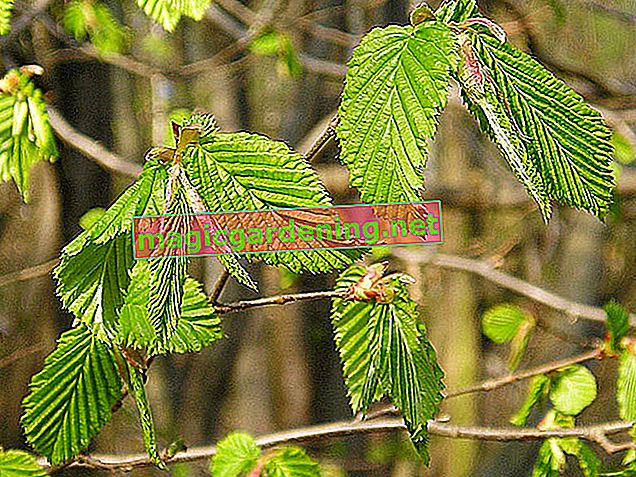 Characteristics for determining the beech

There are some distinctive characteristics that can be used to identify a beech. The color of the foliage is not one of them. Beeches have green leaves, although they are also called common beeches. Only copper beeches can be recognized by their red leaves.

You can recognize a beech by the following points:

The height of a beech tree

A fully grown beech can reach 40 to 45 meters. A hornbeam is only half as high. The crown of the beech is very even and expansive, while a hornbeam looks slightly crippled.

Beeches have a smooth trunk

Young beeches initially have a dark green, almost black trunk. Over time, it brightens and turns silver-gray in color.

In contrast to a hornbeam, the beech trunk looks much smoother. The bark is very thin and has only a few cracks.

Beech leaves are up to ten centimeters long. Their shape is oval, egg-shaped. The leaves are only slightly serrated at the edges, in contrast to the hornbeam, which has pronounced serrations.

Beech leaves have few veins running through them and appear smooth.

The most obvious feature of the beech is its beautiful autumn leaves. The leaves turn a bright orange-red from October. The color is particularly intense in mid-November.

Most beech species wear their leaves for a long time, even though they are deciduous trees. The leaves often hang on the tree until the next spring. They are then dried up and have a brown color.

The autumn leaves of the hornbeam, on the other hand, turn yellow.

In contrast to the fruits of the beech, the nuts of the hornbeam are not poisonous. Since both fruits differ in appearance, there is no risk of confusion.