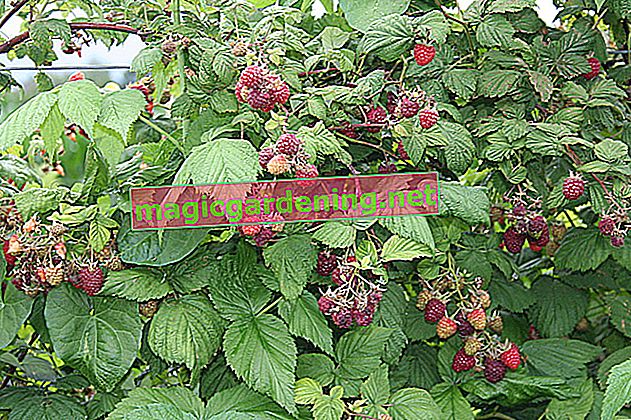 Bring color into the garden with yellow raspberries

Yellow raspberries are hard to come by in stores. This is one more reason to grow a few yellow varieties in the garden or in the tub yourself.

The cultivation does not differ from that of the red representatives. You can grow yellow raspberries outdoors as well as in pots on the balcony or terrace.

Most of the yellow varieties available from specialist retailers are relatively new. They are more robust against diseases and pests. Probably the oldest yellow raspberry that is still widely grown is the “Yellow Antwerp”.

A selection of yellow raspberry varieties

The variety of yellow raspberries is so great that it is difficult to find the right variety. A small overview of well-known and less well-known raspberry varieties will help you decide.

“Golden Queen” is one of the newer varieties that are more robust than older varieties. The first fruits are already ripe in summer. New fruits keep developing until the first frost.

You can do without scaffolding when adding the “Yellow Antwerp”. “Fallgold” is not just a summer raspberry. The first berries are already ripe in July, so they are also among the early autumn raspberries.

“Alpine gold” is valued by many gardeners because it does not form spines. The variety “Goldmarie” is not easy to get. It is one of the old local varieties that are unfortunately only rarely planted. Often it is only available in exchange in neighboring allotment garden colonies.

If you want to plant a hardy strain in your garden, “Golden Everest” is a good choice. It is disease resistant and produces beautiful, large fruits. “Autumn Amber” has a very pretty color, the yellow of which is apricot-colored. The fruits of “Herbstgold” take on a warm honey tone.

A yellow two-timer variety is “Sugana”. It develops very large fruits and has an aromatic taste of wild raspberries. Since it can be harvested twice, it is particularly suitable for growing in an allotment garden.

Two-tone raspberries were grown especially for potting. A red and a yellow variety are combined with each other. The plants remain quite small and can be harvested several times.