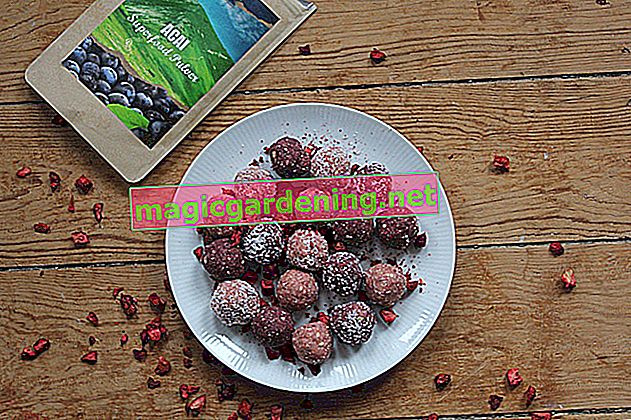 Can you eat raw potatoes?

The raw potato is anything but a great tuber. A bite into the uncooked pulp treats the palate with a floury taste. A high proportion of starch not only spoils the culinary enjoyment, but also makes raw potatoes difficult to digest. Starch is an organic compound and, as a natural reserve substance, is essential for the growth of potatoes.

The second spoilsport for the carefree consumption of raw potatoes is noticeable through a bitter taste. If you ignore the warning signal and eat more raw tubers, you have to pay tribute with health problems. Responsible for the bitter pain in the mouth is a marked content of poisonous glycoalkaloids, primarily solanine. Particularly in unpeeled and uncooked potatoes, there is a high concentration of toxic ingredients to complain about.

What are the consequences of eating raw potatoes? The dose makes the poison in raw potatoes. The Federal Institute for Risk Assessment (BfR) devoted itself to the topic in detail in 2018 after a case of illness that was widely noticed nationwide in 2015 in a family with several generations. Until then, a value of 200 mg solanine per kg raw potatoes was considered harmless. The experts reduced this value to 100 mg glycoalkaloid content per kg fresh weight. Depending on the storage time, this value for unpeeled, raw potatoes is already reached at less than one kilogram, from which health problems can be expected. For a toddler or a pregnant woman, these consequences can already occur after eating a single raw, unpeeled potato:

In their statement of April 23, 2018, the experts from the BfR expressly point out that this damage to health can be prevented with simple, uncomplicated precautions. Potatoes should always be stored in a cool, dry and dark place. Green, dried up and germinating tubers are sorted out and disposed of. Peeling and cooking is the healthiest form of preparation. If consumers still want to eat potatoes with their skin on, preference should be given to young, uninjured potatoes. Small children should not eat unpeeled potatoes, regardless of whether the potatoes are raw or cooked.

Half raw potatoes - unhealthy or not?

One time you don't pay attention and the boiled potatoes come half raw on the table. The numerous pleadings against raw consumption raise the question: eat half raw potatoes or throw them away? At this point, based on decades of experience of knowledgeable housewives, the all-clear can be given. If the potatoes are only half cooked, the harmful ingredients have already broken down to a harmless level. In this state, the potatoes are not unhealthy or associated with health consequences.

Who is allowed to eat raw potatoes and who is not? With floury starch and bitter alkaloids in their luggage, raw potatoes are no culinary delight in star quality. Nonetheless, raw consumption only has unpleasant health consequences above a threshold value. Experts see the unspecific symptoms as problematic, which suggest a high number of unreported cases and indicate a significantly lower limit value. These fears limit the number of people who can eat raw potatoes. The following table summarizes who is allowed to eat raw potatoes and who should generally avoid them as a precaution:

If a curious toddler on an expedition through the kitchen gets a piece of raw potato in his fingers and sticks it in his mouth, there is no need to worry. As a meal, raw potatoes should not be on the table for young children and preschoolers. Dogs, cats and rodents are usually instinctively warned against consuming solanine-contaminated food. This natural warning mechanism is sometimes lost in pets, so it is advisable not to offer uncooked and unpeeled potatoes and to keep them out of the reach of your darlings.

Green potatoes are not on the table in the family household. The green plant substance itself is not dangerous, but acts as an alarm signal for a high concentration of poisonous solanine. Green potato peels in particular contain up to 1070 mg solanine per kg, which is particularly worrying for children and the elderly. Potatoes are a real treat, provided you don't eat the tubers raw. The following tips & tricks would like to encourage the exemplary preparation of healthy potato dishes for young and old:

For cooking, the potatoes or potato pieces should be approximately the same size. This fact ensures that all tubers are cooked through at the same time. Potatoes that have been cooked to the point can easily be pierced with a fork. Pour off the potato water and let the steam escape with the lid open. Please do not use the boiling water for the preparation of other dishes because it has collected residues of solanine.

Can you eat raw potatoes?

A healthy adult is allowed to eat raw potatoes in small quantities. Those who can rely on a vital constitution and robust resistance can tolerate a small dose of toxic solanine without serious consequences. For small children, pregnant women and sensitive seniors, raw potatoes have no place on the plate. This recommendation is based on the current state of knowledge and for reasons of caution.

How many raw potatoes can you eat?

For a long time a value of 200 mg glycoalkaloid per kg fresh weight was considered harmless for the consumption of raw potatoes. This value corresponds to a quantity of 3 to 5 kg of potatoes, depending on quality, variety and storage time. Then a family fell ill in 2015 after raw, unpeeled potatoes were prepared and eaten in various ways. Investigations revealed that those affected consumed potatoes with a poisonous content of 236 mg solanine per kg. The Federal Institute for Risk Assessment then revised the value to 100 mg per kg fresh weight. This corresponds to about 1.5 to 2.5 kg of raw potatoes that a healthy adult can eat until the first symptoms of intoxication appear.

No, under no circumstances should you feed your dog raw potatoes. Uncooked potatoes are not only indigestible for your four-legged friend, they are also poisonous. Even the consumption of small amounts has fatal consequences such as nausea, vomiting and severe cramps. This does not contradict the fact that you occasionally add a boiled potato to the menu.

Is poisonous solanine destroyed when you cook potatoes?

Solanine does not break down when potatoes are cooked normally. The toxin is only soluble in water at very high temperatures. However, a large part of the glycoalkaloid is washed out into the boiling water. For this reason, it is recommended to always throw away potato water and not to use it for the preparation of soups or sauces.

Is the solanine content the same in all potatoes?

There are major differences in concentration in potatoes. Solanine is produced by potatoes and other nightshade plants under stress conditions. These include bad weather, attacks by pests, diseases and mechanical damage to the shell during harvest. Under the influence of light at the storage area, in green areas and in germs, significantly higher solanine concentrations occur than in the middle of the tuber. The selected variety also has an influence on the solanine content. A raw, unpeeled historic potato can contain up to 100 mg per kg fresh weight. Modern varieties usually contain a frugal 7 to 10 mg per kg.

Occasionally I like to eat raw potatoes and want to keep the solanine content low. Should it be a single, large potato or several small tubers?

We asked the German Nutrition Society in Bonn whether the size of the tuber has an influence on the concentration of solanine it contains. Indeed, by choosing a large potato, you can reduce the amount of alkaloids you ingest when you eat it raw. The ratio of peel surface to volume is better for large potatoes than for small ones because most of the solanine is in and under the peel,

Not only raw, unpeeled potatoes are contaminated with toxic solanine. Other nightshade plants use glycoalkaloids to fight off predators, pests and diseases. These include eggplants, which are also not suitable for the raw food plate. Furthermore, you should not eat green tomatoes, but let them ripen before consumption.