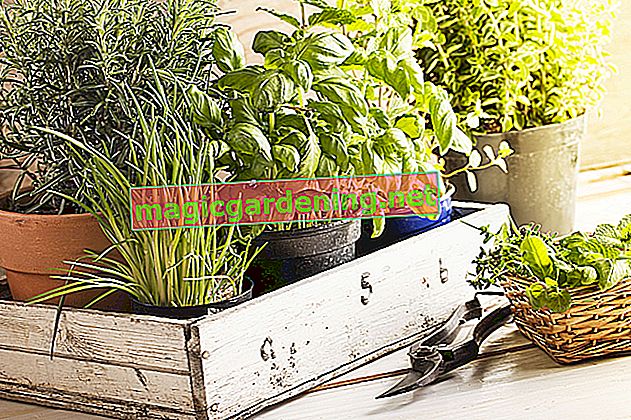 Purpose determines the time of harvest

Plump, fully ripe gooseberries are seldom found in stores because they cannot be stored. Hobby gardeners enjoy the privilege of nibbling on the juicy, sweet fruits from the self-grown bush in July and August. On the other hand, fully ripe gooseberries are less suitable for storing by boiling, as they hardly contain any pectin. A high dose of gelling agents would be necessary in this case.

For this reason, experienced hobby gardeners carry out a green pick from the end of May. At this point the berries have reached a third of their possible size and are still largely green in color. Consumed raw, these gooseberries would bring tears to eyes even for die-hard fruit lovers. They are ideally suited for making jam, juice or compote.

In order to get to the objects of desire on the thorny gooseberry bushes, some scratches have to be accepted. To reduce the prick, proceed as follows when harvesting:

If you want to take the wind out of the sails of the defensive gooseberry bushes while planting, you can train them on a slender spindle right from the start. In this case, the plant has a single main stem that is attached along a stick. Only a few side shoots remain, which are trimmed twice during the summer.

Gooseberries are self-fertilizers, so a single shrub can produce a tasty harvest. Yield and taste can nevertheless be increased significantly if you grow at least two different gooseberry varieties in the garden.