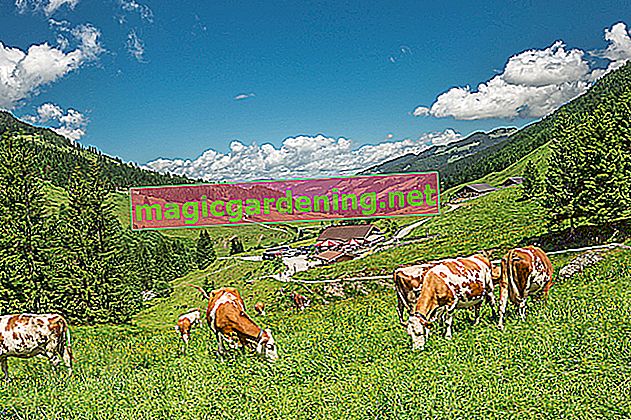 It only takes eight weeks from sowing to harvest. Once the plant has developed large leaves, the spinach is ready to be harvested.

If you have grown one of the many hardy varieties (“Matador”, “Monnopa”, “Winter Giant”), you can overwinter the spinach in the bed. You can harvest it a second time in spring.

For the winter, the spinach is covered with fleece or brushwood in particularly cold places.

Harvest the spinach up to four times

For repeated harvesting, the spinach is harvested from the outside in. You first cut off the outer leaves, just above the ground.

You leave the heart of the plant, then the spinach sprouts again and can be harvested up to four times. After the last harvest, remove the entire plant.

A one-time harvest is also possible. The entire plant is harvested. You can preserve leaves that you do not use within the next few days.

Despite its nitrate content, spinach is very digestible. Fresh spinach only lasts two or three days in the refrigerator. It tastes best freshly prepared, either as steamed leaf spinach or in the pureed version. Young leaves can be prepared as a salad.

After the first harvest, a light fertilization stimulates the spinach to sprout again. You should wait three weeks with the next harvest so that they do not contain too much nitrate.