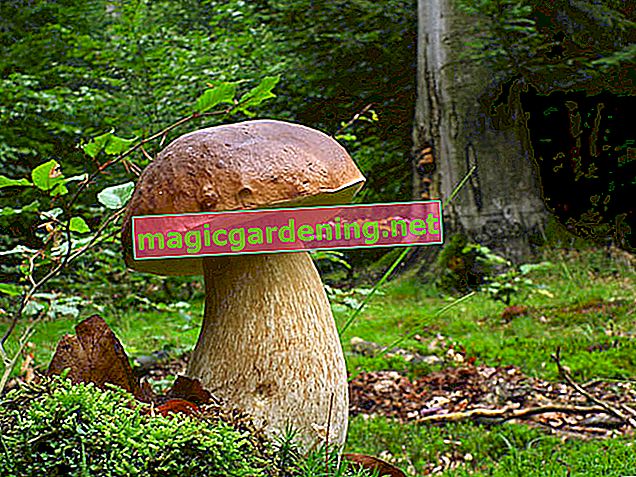 The fruiting body as the tip of the iceberg

What humans usually harvest and sometimes eat as a mushroom is actually only part of a mushroom. The fruiting body above the surface of the earth is usually only a small part of the actual fungal network. This above-ground part is required for the distribution of the spores and thus for the fungi to multiply.

Experienced collectors of edible mushrooms know that certain weather conditions can promise a particularly rich yield on walks in the forest. For example, stocks of forest mushrooms that grow rapidly from the ground occur particularly under the following conditions:

The constantly high temperature and humidity values ​​cause many types of mushrooms to shoot their partly edible and tasty fruit bodies out of the forest floor within a few hours and days.

The stages of mushroom growth

If mushrooms are grown as edible mushrooms for consumption, they are usually cultivated by applying fungal spores to a growing medium such as straw. When growing mushrooms, bales of straw are soaked and, after inoculation with spores, stored in a room with constant temperatures and high humidity. Within about two to three weeks, the mushroom mycelium then grows through the entire bale of straw. It then only takes a few days for the mushroom mycelium to develop the fruiting bodies on the surface in the form of mushrooms.

The apparent appearance of mushrooms “overnight” is not necessarily related to the incidence of light on a mushroom stand. Since fungi have no chlorophyll or mechanisms for photosynthesis, they are largely independent of the incidence of light. However, dew usually forms at night, which is why the growth of the fungal fruit bodies accelerates due to the moisture. As fast as the mushrooms grow out of the forest floor, they also have to be harvested for utilization, because they often only last a few days.