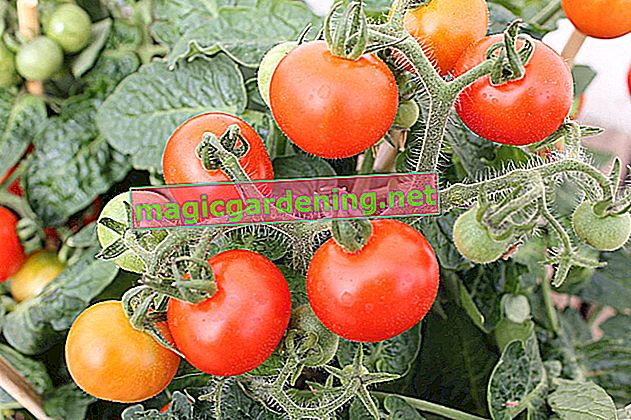 Sunflowers are sown first. You can sow in small pots or in a seed tray in the house. You can also sow the seeds directly in the field.

The disadvantage of sowing outdoors is that it won't be warm enough outside for the seeds to germinate before the end of April.

It is therefore advisable to prefer sunflowers indoors and to plant them in the garden or in pots on the balcony at the end of May.

It is possible to sow indoors from the beginning of March.

Put three to five seeds in each seed hole, as not all seeds usually sprout. The kernels germinate relatively quickly. As soon as the plants have developed two or more leaves, remove any weak sunflowers and leave only the strongest. Repot the sunflowers if necessary.

It has proven useful to plant out sunflower seeds as sprouted sprouts. Otherwise, more of the seeds will be stolen by birds.

Sow outdoors from the end of April

If you want to sow the sunflowers directly in the field, you should wait until the end of April. Prepare the soil and sow three to five grains about two centimeters deep.

Plant out early sunflowers at the end of May

Early or pre-germinated sunflowers should not be planted outdoors before the end of May. Even a short frost break will cause the delicate plants to freeze to death.

Sunflowers that you would like to care for in the tub can also be planted out earlier. However, bring the containers back inside when the weather forecast announces night frost.

In contrast to the annual varieties, perennial sunflowers are largely winter hardy. The best time to plant the perennials is August. Sunflowers planted in late summer will bloom as early as the next year.