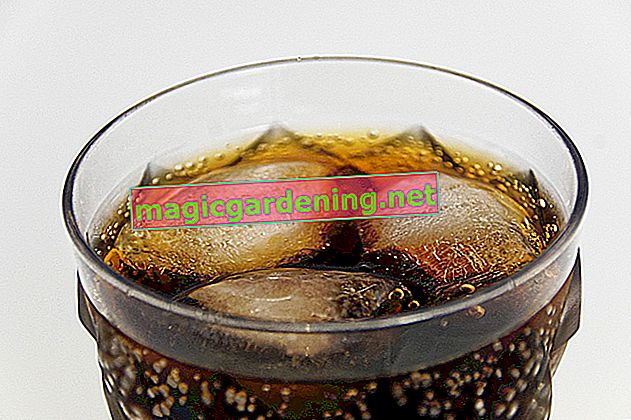 Stevia from the supermarket - often not as natural as promised

In South America, the original home of the stevia plant, the leaves of the sweet herb have been used for sweetening mate tea and as a gentle remedy since time immemorial. The stevioside it contains is responsible for the sweetness of the plant, although it has a slightly different aroma than conventional table sugar. It tastes very sweet, a bit bitter, with a light liquorice aroma. This changed taste is the reason why so far only a very manageable amount of stevia-sweetened foods can be found on supermarket shelves.

Commercially available stevia is very different from the sweet herbs that you harvest in the garden at home and add to your tea. These powders or sweetener tablets are isolated stevioside, which is separated from the other plant substances by solvents and modern laboratory technology. Since stevia tastes extremely sweet, it is difficult to dose. For this reason, fillers such as maltodextrin are added to the sweeteners, which increase the volume and thereby simplify use in the kitchen.

Is Stevia Healthy Or Harmful?

In the EU, stevia is currently only allowed to be used in limited quantities and in certain foods. Stevioside must also be declared as an additive E960 on the packaging. The European Food Safety Authority considers an ADI (Acceptle Daily Intake) value of four milligrams per kilogram of body weight to be harmless. In its recommendation, it follows a report by the WHO from 2008. If you do not exceed this recommended intake, you do not have to fear any health risks according to the current state of knowledge.

If you want to reduce your weight, stevia is a good alternative to other sweeteners. In contrast to the consumption of sugar, the consumption of stevia does not increase blood sugar levels, which makes weight loss easier. The high sugar consumption in industrialized countries leads to obesity and other secondary diseases such as high blood pressure and tooth decay. You can also reduce these risks by replacing some of the sugar you consume with stevia.

Stevia from the garden

However, if you consume very large amounts of isolated stevioside, you can quickly exceed the recommended consumption levels. However, with self-harvested stevia leaves this risk is significantly lower than with industrially produced stevia sweetener. However, experts recommend that diabetics, calorie-conscious people and children pay attention to the amounts of stevioside they are actually consuming. As in many cases, with stevia it is the dose that ultimately decides whether something is healthy or harmful.

Use stevia that you have grown yourself to sweeten food and drinks. Do not replace conventional table sugar with sweet cabbage in all dishes. So you can be sure to enjoy it without regrets and not to override the recommended maximum intake.