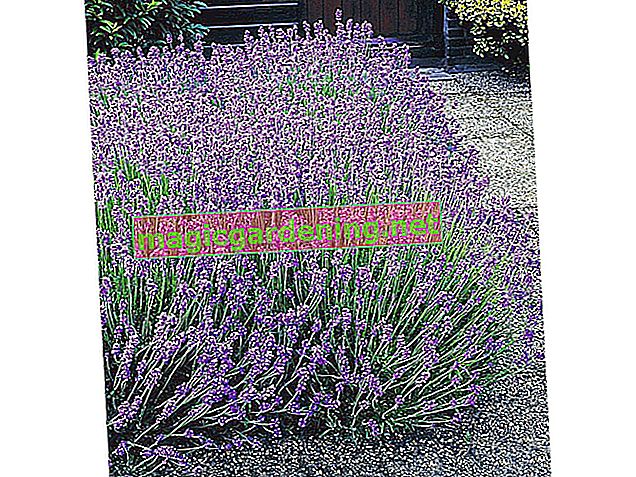 Plant lavender as a crop protection

However, aphids do not affect every plant species equally. Species that produce a lot of intensely fragrant essential oils are particularly avoided by the vermin. The little animals do not particularly like lavender, although this statement does not apply to every type of lavender. Less intensely scented lavender - such as lavandin - can easily be attacked by aphids itself, as can plants that develop only a few essential oils due to insufficient site conditions and care. On the other hand, heavily scented lavender - especially the crested lavender - is ideally suited to be planted as a protective bastion against predatory insects. It is best to place the plants as a dense hedge or as a ground cover in the bed,however, take into account the different needs of the respective plant species. Lavender, a drought-loving plant, is by no means compatible with every neighbor.

Lavender infusion as a remedy against aphids

If aphids have already appeared, they can often be driven away by intensive treatment with a lavender infusion. To do this, pour two handfuls of dried lavender flowers into one liter of boiling water and let the mixture steep for a few hours. Then strain the flowers and spray the infested plants with the brew. You should repeat the treatment several times, until the last aphid has disappeared. The lavender brew can also be used as irrigation water. In this case, the active ingredients of the lavender are absorbed by the roots and transported into the leaf veins, where the aphids suck them up. Instead of dried lavender flowers, you can also use a few drops of concentrated lavender oil - preferably from wild lavender,because this is where the active ingredient concentration is highest - use it.

Mulch endangered or infested plants - such as roses - with dead and dried lavender stalks. With a little luck, the lavender will even sow itself and you can plant new young plants in spring.