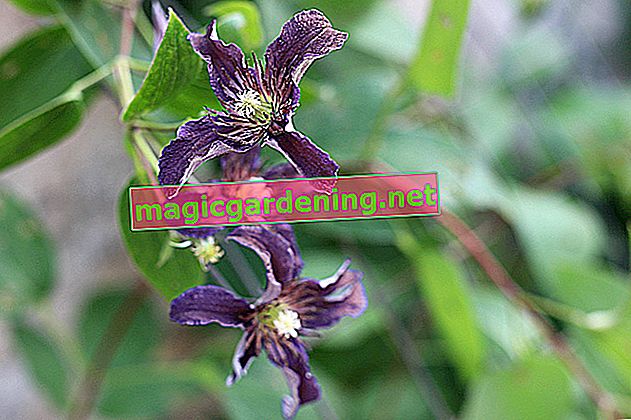 With clematis that bloom twice, withered things have to give way

The large clematis family is home to various splendid hybrids that are capable of blooming twice a year. Well-known varieties like 'The President' or 'Der Kardinal' show their first flowering in spring. In order for the clematis to develop its beauty again in late summer, proceed as follows:

With the withered flowers you remove all fruit clusters at the same time after the first flowering. In this way, the clematis is prevented from investing its energy in developing seeds. Instead, the climbing plant tries to get another flower pile.