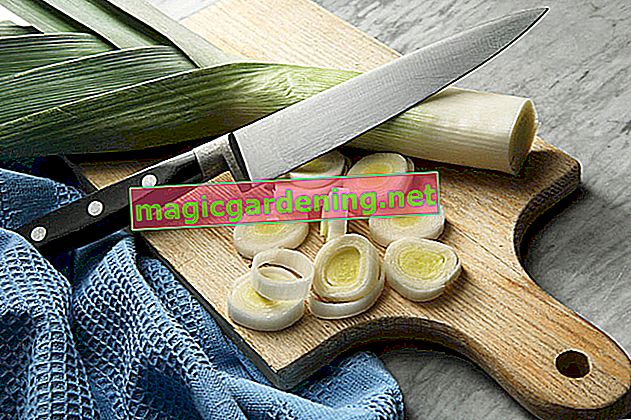 Why do you need to prune European beech hedges?

There are several reasons why you need to cut copper beech hedges:

European beeches sprout vigorously twice a year. They gain between 40 and 50 centimeters in height and width each year. If you don't cut them, the hedge will begin to overgrow and lose its shape. The lower regions no longer get enough light and become bald. The beech hedge is then no longer really dense.

By pruning, you ensure that the lower regions get light and that the shoots branch well.

When is the right time to cut a beech hedge?

The first cut, which can be radical, should preferably be done on a frost-free, dry day in February. European beeches sprout for the first time from March, so that this early pruning does not harm them.

The second shoot of the common beech begins in June and is completed around Midsummer Day, June 24th. Then another pruning should be done, this time only moderately.

The beech hedge can use a rejuvenating cut every few years. Very old branches are removed and the hedge is thinned inside to make room for new shoots.

Cut back the beech hedges

You can cut red beech down to the old wood. If new shoots are to form, leave as small residues as possible with at least three eyes. New branches can develop from this.

You should remove sick shoots as soon as possible so that any pests or diseases cannot spread any further.

Do not prune back radically from March to July

European beeches are popular nesting sites for blackbirds and other birds. Therefore, do not prune the European beech hedge so severely during the breeding season from March to July.

Check to see if there are any breeding birds in the hedge before pruning, then postpone pruning for a few days.

When cutting the beech hedge, you should mark the height and width with guidelines. Without a template, the hedge becomes crooked and crooked and looks unkempt.

So that the lower regions get light, cut a beech hedge so that it is wider at the bottom than at the top.

A conically cut beech hedge does not suffer as much from snow breakage in winter. The snow can slide off more easily and does not break the branches.

Don't let the beech hedge get too high. A height at which you can maintain the hedge without the need for a ladder or even scaffolding is best.