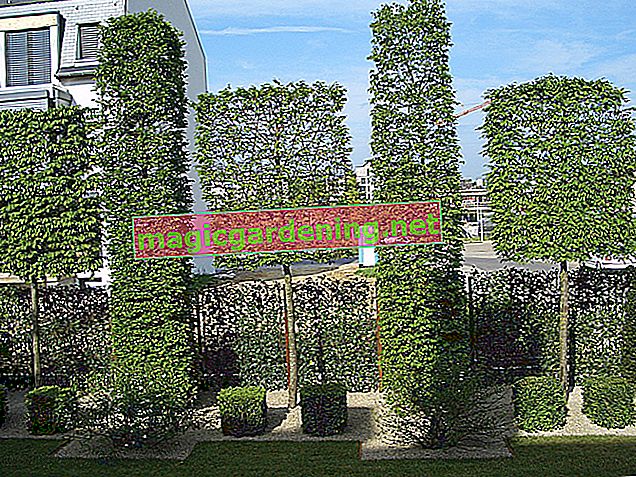 The European beech - a profile!

The use of the common beech in timber construction

The common beech has a very evenly grained wood in a light, slightly reddish tone. In a favorable location, beeches form very thick trunks without branches.

The wood is very hard, but easy to work with. That is why red beech is very popular in furniture construction.

Beech wood also has a high calorific value. It is made into charcoal and used to smoke meat and fish. Beech wood is also very popular as firewood.

That is why beeches are popular hedge plants

European beeches are not only very popular as single trees in parks or on streets. The deciduous trees are also very popular as hedge plants because they grow very quickly.

A common beech increases in height and width between 40 and 50 centimeters every year.

Although the common beech is a deciduous tree, the leaves often hang on the tree until spring. A red beech hedge therefore forms a good privacy screen in the garden even in winter.

The substances oxalic acid and fagin contained in the beechnuts are slightly toxic. By heating, for example roasting, the toxins are broken down and beechnuts are tolerated by humans.

In times of hunger, beechnuts were used as a food substitute.

Forest animals tolerate beechnuts well, while horses can poison themselves on beechnuts.

Difference between European beech and hornbeam

The wood of the hornbeam is the hardest wood in Europe. In contrast to red beech wood, it is used for shipbuilding, wooden parquet and tool making.

It is often assumed that the words book or letter are based on the fact that the letters were once carved into the solid beech wood. The word origin is probably due to the Germanic word for rune sticks “boks”.