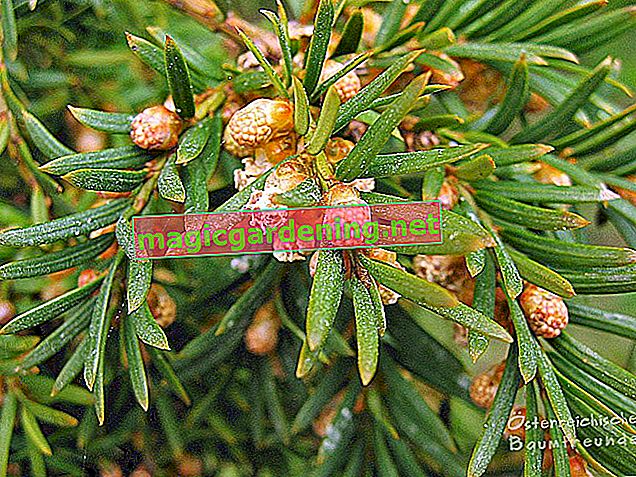 Yew tree loses needles - what are the causes?

Every four to seven years garden owners complain that the yew tree needs a lot of needles. Often the whole ground under the tree is covered. If the needles fall off, especially inside the yew, it is a natural cause. The yew tree then sheds the old needles.

Diseases of the yew are very rare and mostly due to incorrect care.

If the fresh needles also turn brown or yellow and are thrown off, you should definitely keep an eye out for pests or fungi.

Lice, especially scale insects, are more common. While you can mostly see lice with the naked eye, scale lice are very tiny. Watch out for ant trails that lead to the trunk of the yew tree. They are a sign of lice infestation.

Fungal diseases of the yew tree

Fungal infestation leads to needle waste less often. Usually the needles turn yellow and soft. You treat a fungal attack by cutting back the yew tree.

Yew needles strongly because it has dried up

A more common problem with caring for the yew tree is drought. The tree evaporates a lot of water through the needles. If it does not get enough moisture in dry times, the needles dry up and fall off.

This also applies to winter. Therefore, you should also think of the yew trees in the garden on frost-free days in winter.

Older trees usually do not require any additional care. You can take care of yourself very well thanks to the long, deep roots. Only younger and freshly planted yew trees should be watered and fertilized regularly.

A weakened yew tree suffers particularly badly from diseases and pests. Make sure that the yew tree receives sufficient nutrients by giving fertilizers. Water in very dry times without waterlogging.