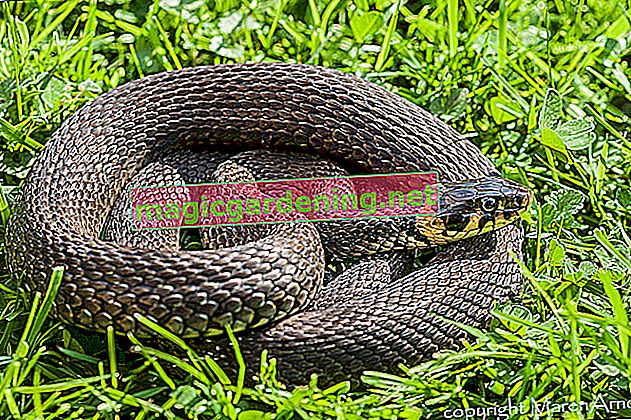 What is the difference between bark mulch and wood chips?

Bark mulch consists of the peeled bark of native spruce, pine or Douglas fir. High-quality products are made from the bark of fine pine, maple or mahogany trees. Thanks to the tannins it contains, bark mulch has a germ-inhibiting effect and effectively suppresses weeds. In the course of decomposition, the pieces of bark also release valuable nutrients into the garden soil.

In contrast, the function of wood chips is limited to a decorative covering of the earth. Since there is a lack of tannin and decomposition is slow, the wooden mulch material cannot serve to suppress weeds. The option of different colors with which the pieces of wood can be colored is advantageous for the imaginative garden design.

You can recognize the best quality bark mulch by its grain size of at least 16 to 25 mm. Smaller pieces of bark decompose into humus within a short time and lose their weed-inhibiting effect considerably. Freshness is the second, important quality criterion. If bark mulch gives off a pleasant scent of fresh forest soil, you are making the right purchase decision. Earthy smell, on the other hand, reveals old material that is already in the process of decomposition.

In order for bark mulch to develop the full range of its advantages, the material should be applied properly. How to do it right:

The decomposition process of bark mulch first removes nitrogen from the soil. The decomposing first layer of mulch contains enough nitrogen so that further fertilizers are not required. Rather, a nitrogen cycle is set in motion, which is self-sustaining when the mulch layer is regularly refreshed.

As a path surface, bark mulch is a natural and inexpensive alternative to natural stone in the garden. If the budget is largely exhausted after the new home is built, coarse bark material also functions as a decorative temporary solution for the terrace or the seat in the garden.