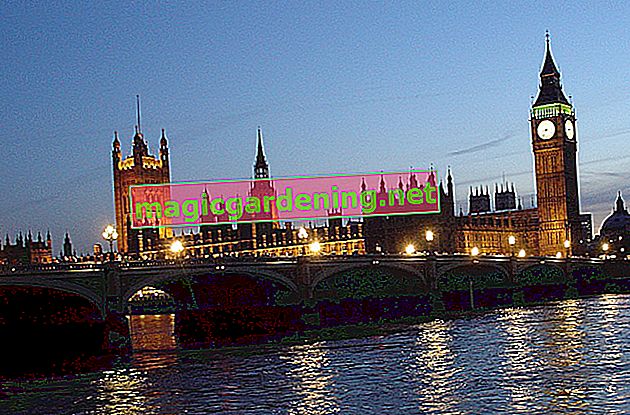 The caterpillars of the Pfaffenhütchen moth are colored light brown and dotted with black. The yellow-brown head is clearly separated from the body. The moths are very small with a wingspan of between 18 and 24 millimeters. Her head and its appendages are colored white. The white-gray wings with black dots are typical. Their hind wings are gray to brown in color.

The moth flies between July and August. They often do not move more than 100 meters from their place of hatch. Females emit scents that attract the males. After successful fertilization, the females lay eggs in clutches of 50 to 100 on the branches of the eucoat. The egg caterpillars dig into the branches and hibernate there.

In May they eat tunnels in the terminal leaves, which slowly wither. The caterpillars can appear on a large scale between May and June, as they live socially in webs. The fine cobwebs can span the entire shrub. The caterpillars stop eating four to five days before pupation. They pupate between June and July in a white collecting web in which numerous cocoons hang. The new generation of butterflies hatch after ten to 20 days.

When a eucona is completely wrapped in the web, it can be eaten completely bare. By the second shoot, which takes place around June 24th, the caterpillars have stopped eating and pupated. This allows the ephemera to recover from the pest infestation.

If the spider moth has already hit your shrub, it is likely that it will infest again. Before winter, scrape the egg clutches from the branches. Observe the plant in spring and remove any mined leaves. These should be disposed of with the residual waste so that the caterpillars do not spread any further. Remove webs as early as possible by spraying the entire shrub with a powerful jet of water.