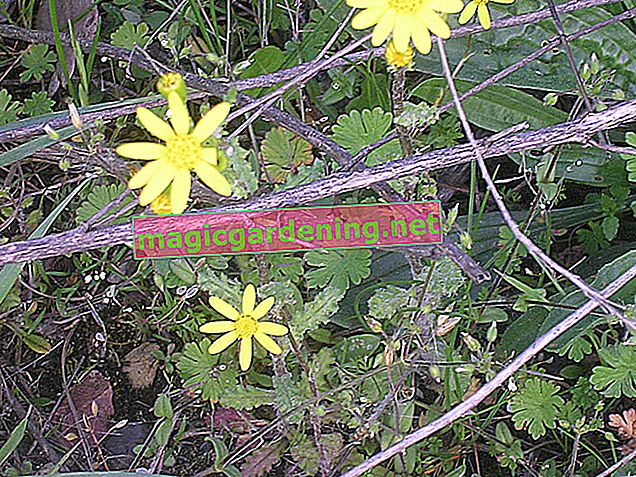 How toxic is the herb really?

Groundscarp contains pyrrolizidine alkaloids that are metabolized into toxic substances in the liver. Horses and pigs, but also cattle, are particularly sensitive to these substances. Since the herb is spreading more and more, it poses a danger to humans that should not be underestimated. The toxic substances, for which there is currently no uniform limit value, have already been detected in milk and honey.

The warmer the more toxic

The poisonous substances in Jakomb ragwort vary from plant to plant and can be found in around 500 structures with different properties. The spectrum of effects on animals and humans ranges from harmless to absolutely toxic. A ragwort that grows high in the Alps can be completely harmless, while one that grows in the lowlands is highly toxic. In principle, however, it can be said: the warmer the area in which ragwort thrives, the more toxic it is.

Poisoning with ragwort can go unnoticed for a long time because initially there are no clear symptoms. The toxins are metabolized in the liver and have a long-term toxic effect there. Experts are of the opinion that the increasing number of liver diseases can also be traced back to the high number of unreported cases of ragwort poisoning in humans.

In contrast to known poisonous plants such as deadly nightshade, poisoning with ragwort occurs gradually over a longer period of time. Even the smallest amounts of the toxic pyrrolizidine alkaloids are liver-damaging and carcinogenic. If a large amount of ragwort is accidentally ingested, it will result in death from liver failure within a few days.

German honey has, as has been proven in the meantime, no or only very small amounts of ragwort alkaloids. Nevertheless, it makes sense to get the honey from a known source and to make sure that this beekeeper does not have his hives close to stocks of ragwort.