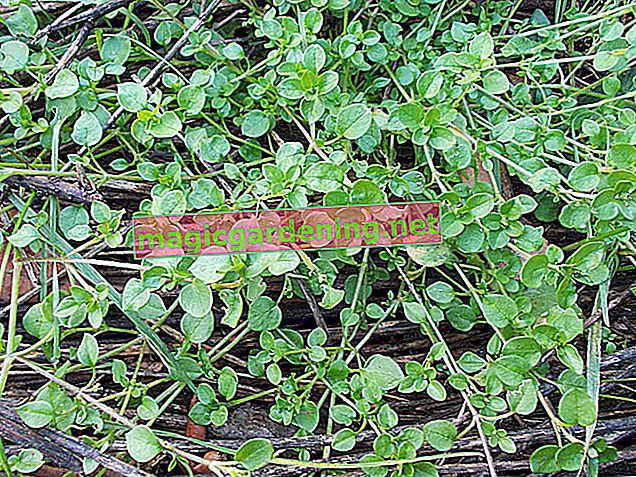 Look in the right places

The chickweed is particularly adaptable. It was one of the first plants to colonize fallow, desolate areas. That is why it now has a worldwide distribution. It is particularly well represented in temperate regions. Still, the herb is picky and does not thrive equally well in every soil. If you want to collect chickweed, you might find it here:

The chickweed is a delicate plant that, despite its inconspicuousness, can be easily distinguished from other wild plants. These are their visible features:

The chickweed can be confused with other chickweed species, which is not recommended. That has taste reasons. While connoisseurs describe the chickweed as mild and tasty, the chickweed, for example, is rather inedible. However, it is not poisonous. Not even a similar weed called water intestine.

More mindfulness is called for when it comes to Ackergauchheil, because this risk of confusion has far-reaching consequences. Ackergauchheil contains saponins, which are poisonous for us humans. Therefore, the wild plant is considered to be slightly poisonous. It should not be consumed at all or only in very small quantities.

During its heyday the Ackergauchheil can be clearly distinguished from the chickweed by the color of the flowers. Its flowers are orange in color. The chickweed knows.

If you are uncertain about identifying herbs and want to prevent mistakes when collecting, you can also grow chickweed specifically in the garden. The trade now offers sachets of seeds. Growing them is worthwhile, because chickweed provides us with more valuable ingredients than, for example, lettuce.

Chickweed produces plenty of seeds. Make sure from the beginning that it cannot spread throughout the garden. It can then only be fought with great difficulty.