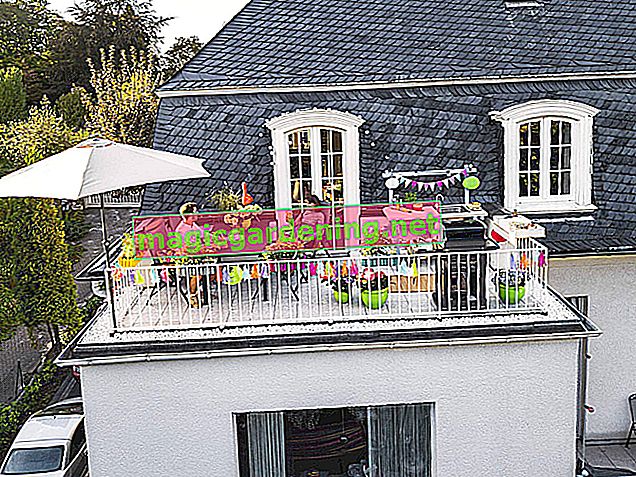 If wasps only bother you when you sunbathe

The fact that individual wasps buzz around on the balcony box looking for flower nectar and can worry you while you are relaxing in the sun is one thing. Anyone who has a strong aversion to tabby insects can of course be affected by such an animal. However, what should be avoided as far as possible is the following:

Wasps perceive wild movements very intensely with their complex eyes and are put on alert - although they were probably completely relaxed beforehand. Panic behavior first makes them aware of the person lying in a deck chair and increases the risk that they will defend themselves against the waving around.

Blowing away has a similar effect. Wasps perceive the escaping carbon dioxide as a warning signal and then sting more quickly.

If you simply kill a wasp, on the one hand you are making yourself liable to prosecution under nature conservation law, on the other hand you may attract more wasps. Because a dying wasp emits pheromones, messenger substances that conspecifics perceive from a great distance.

Wasps react quite clearly to smells thanks to their fine sense of smell. To keep wasps away, you can, for example, equip your balcony with aromatic plants. What wasps, for example, find very repulsive is the smell of lavender, basil or lemon verbena. You yourself benefit from the herbs in the kitchen and for the ambience on the balcony. The frankincense plant also keeps wasps and mosquitos away - although its smell is too strong for some people.

Keeping wasps at a distance becomes more difficult if you have breakfast or coffee and cake on the balcony. The tempting scents of jams or icing particles make wasps forget the smell of a whole lavender frame on the balcony railing. In this case, unfortunately, only one thing is of use: consistently covering the food so that the scent molecules do not even get into the air.