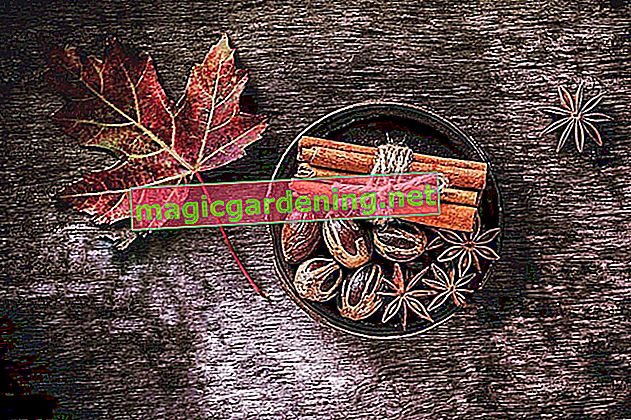 A cut is not a compulsion

In principle, the dog rose or the rose hip bush does not necessarily need pruning. It is sufficient to prune this plant every few years if it becomes excessive in its growth and threatens to displace other plants from their location.

Thin out the rose hip bush

Ideally, the rose hip bush is only thinned out and not pruned too much. The reason for this: it blooms on the wood that was formed the previous year. Too strong and careless pruning would cause the number of flowers to decrease significantly or the blossom to fail completely.

The clearing can be carried out all year round. However, it is recommended in autumn. In doing so, all disturbing shoots are removed. The new shoots should not be cut off, as they will bear the flowers of the shrub in the following year. The branches that have been cut off during the thinning can then be used to propagate this plant.

Although it is sufficient to thinning out the rose hip bush, it may be advisable to prune it radically every three to four years. There are mutliple reasons for this:

The radical pruning of this plant is carried out in autumn between October and early December on frost-free days. The shoots are shortened by 1/4 to half. The scissors are set 5 mm above a new pin pointing outwards.

It is important to pay attention to this

The following must be observed when cutting the dog rose:

Cut away old wood regularly, as it is more susceptible to pests and costs the dog rose unnecessary strength.