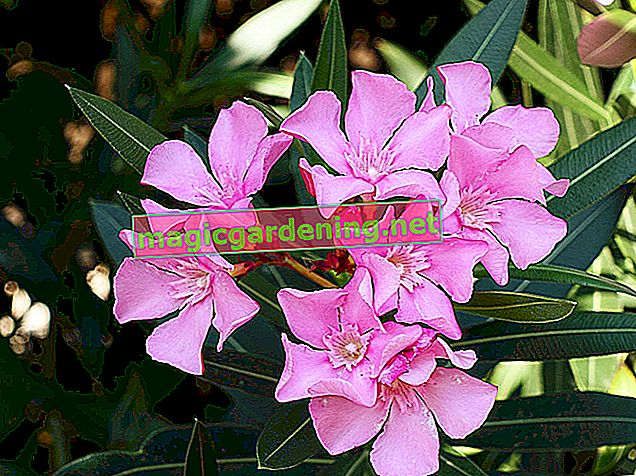 Only leave oleanders outside in mild winters

The oleander has been perfectly adapted to this pleasant Mediterranean climate for a long time, which is why it does not belong outside in our climate with short summers and long, often very cold winters in the cold season. The flowering shrub survives to around minus five degrees Celsius, but only for a short period of time. In principle, older oleanders are more robust than young plants, especially if you get them used to colder temperatures from an early age. You can also leave the bushes outside in winter - provided the temperatures are mild and there are no extreme night frosts. However, wrap them up well, and most importantly, make sure that the roots are not damaged. Oleander sprouts again and again, even if it has frozen back above ground - only the roots must not get frost.

If possible, leave oleander in the pot

Unless you necessarily live in a region with known very harsh winters, you can also plant the oleander in the garden. However, we recommend that you leave a sufficiently large plant pot with holes in the ground around the root ball so that you can quickly dig up the plant if necessary - i.e. when the temperatures drop sharply - and move it to winter quarters. If, on the other hand, your oleander stays in the pot, move the container under a roof overhang or similar, if possible directly in front of a house wall, place the pot on an insulating pad made of styrofoam or wood and wrap it carefully with a warming material.

Don't forget to water the always thirsty oleander in winter too.