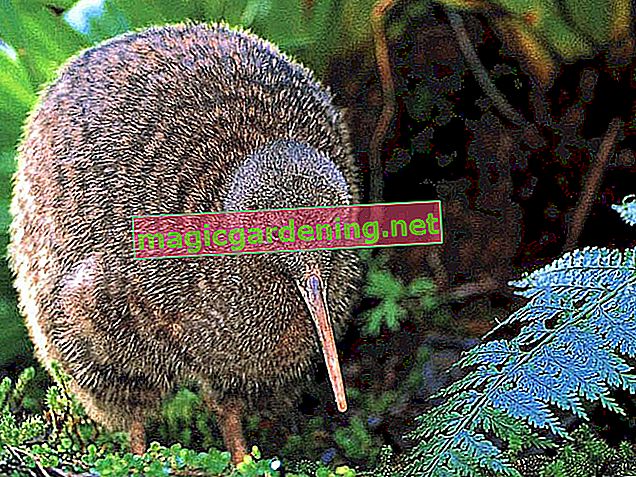 The kiwi fruit is one of the berry fruits of various types of the Chinese ray pen. The kiwi plant is a hardy creeping shrub that can grow several meters high every year and likes to top arbors, pergolas and high fences.

The origin of the climbing kiwi bush is believed to be in the area of ​​the Yangtze River, at least the first seeds should have been brought from there to New Zealand at the beginning of the 20th century. The kiwi plant is one of the ancient cultivated plants in China and is still widely grown there today. However, the kiwis from China are not exported to Europe.

When Chinese gooseberries were introduced to New Zealand, the plant found ideal climatic conditions there, so that commercial cultivation developed in the 1960s. Then as now, New Zealand's kiwi plantations are located on the North Island in the Bay of Plenty.

The Hayward variety, bred in New Zealand, still makes up the majority of the fruits available on the market today. The berry, renamed as kiwi fruit at the time, first spread in England, later throughout Europe, and gradually became a New Zealand export hit.

Kiwi in the other growing countries

Kiwis are now grown in many subtropical regions of Asia, America and Europe. The leading producer in Europe is Italy. The fruits that are produced in the USA do not reach the European market. In Germany, the kiwifruit is in season all year round. Further suppliers for Germany and Europe are:

The kiwi fruits belong to the so-called climacteric fruits that are harvested immature in the growing countries and ripen during transport and storage.