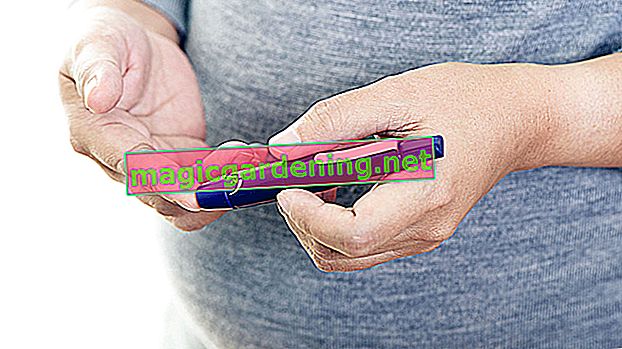 The creation of so-called latrines is typical for raccoons. These are communal toilets that several raccoons in an area use together. This means that if you find raccoon droppings in the attic or in the garden, it is more likely to be a large collection of fecal matter - and it does not come from just one animal.

Incidentally, these latrines are not only visited by a raccoon family, but also by other animals that do not belong to the same group. The reason for this behavior is simply communication, because raccoons share their legacies with each other and find out who is currently in the vicinity. That is why places that were once chosen as latrines are used again and again - thorough cleaning and odor removal is therefore immensely important, otherwise you will not get rid of the problem.

An important distinguishing feature of raccoon droppings from other animal droppings is the fact that the small bears always deposit their remains in elevated places. In the garden, for example, the manure can be found on branches or boards, in the attic or in the basement, if necessary on cupboards or shelves.

The unequivocal identification of raccoon faeces is also difficult because the appearance of the faeces can change significantly depending on the composition of the food. Raccoons are omnivores that feed on both animal and vegetable food and also like to look for food in human waste. As a result, raccoon droppings contain different additions such as: B. cherry and other fruit stones, remains of sunflower seeds and nutshells, beetle shells etc.

A reddish color of the droppings indicates that the raccoon in question has eaten berries. The animals are very fond of the yew fruits, which are poisonous for humans and which they can eat without any problems and which do not show any signs of poisoning. So if the droppings are pink and there are seeds in them (raccoons don't chew the yew seeds), then it is almost certainly raccoon droppings.

Otherwise, you can recognize raccoon droppings by these features:

If the characteristic paw prints can also be found around the perimeter of the feces, the case is actually clear. If you suspect that some raccoons have set up a latrine in your home, it is best to sprinkle flour over a large area in the area concerned - there you can clearly see from the paw prints whether a raccoon is really up to mischief in your area.

Raccoons are mostly found in settlements and gardens that are near the forest. Often rooftops, foxes and other animal companions cavort here looking for food. If you are unsure how to identify the feces, the following table may help you determine who caused it. Note: Larger collections of up to three centimeters long, slightly curved “sausages” in the attic or in the basement can also be an indication of an acute rat infestation. Rat droppings have an intense and unpleasant smell of ammonia. Of course, the raccoon droppings found cannot simply remain in the attic or in the garden - the smell will almost certainly attract other small bears from the area who will have a happy rendezvous with you. In addition, the feces are contaminated with pathogens and parasites and should therefore be removed for reasons of hygiene. Proceed as follows to remove faeces:

Even after the raccoon droppings have been thoroughly removed, the unpleasant smell still hasn't gone away. You can combat this with chemical cleaning agents or vinegar, which you apply generously to the floor and allow to take effect. If you like, you can also cover up the stench with air fresheners. Incidentally, these measures also have the purpose of making the latrine unrecognizable for the raccoons - so the animals have to look for another place that is hopefully not on your property.

Are roundworms in raccoon droppings dangerous to humans and pets?

Raccoon droppings can contain thousands of raccoon roundworm (Baylisascaris procyonis) eggs, which are harmless in themselves. However, roundworms that live in the small intestine of infected animals can develop from it. Since humans and larger mammals are false hosts for this species, roundworms cannot develop in the event of an infection (e.g. through contact with infected raccoon faeces) - these depend on the raccoon, to which they in turn return via intermediate hosts such as rodents and birds. But be careful: raccoon roundworms have also been detected in dogs. "The raccoon is a lively, cute boy who is very happy with his great agility and agility." (Alfred Brehm)

So that the pests don't pay you a visit again and again, you should make your house as inaccessible as possible and the food in the garden as little tempting as possible. These measures help:

Incidentally, the small bears are excellent climbing artists who can get into the house in many ways. These measures help to block their way:

Of course, you shouldn't feed the cute animals - this way you are only attracting them instead of driving them away. In raccoon circles, word gets around quickly where there is something delicious to eat!

What you must not do under any circumstances

In the face of overturned garbage cans, churned up compost heaps, looted fruit trees and filthy attics, many people lose their patience and try to get rid of the small bears with final solutions. That is understandable, but you should still comply with the existing laws - the penalties are immense if you get caught! These methods are strictly prohibited:

Don't forget that raccoons are wild animals that can be very painful to defend themselves if necessary!

Why are the cute raccoons a problem in Germany?

No question about it: raccoons are cute animals and have established themselves in Germany over the decades. However, due to the lack of enemies, the predators multiply rapidly - every year hunters kill more than 100,000 specimens and yet the known populations are increasing. This becomes a problem for many bird species, but also for bats and pond turtles, because raccoons are effective nest predators and thus contribute significantly to the endangerment of these species. Youtube

Where did the raccoon come from?

The raccoon is originally native to North America. Since the middle of the last century it has started its triumphal march through Central Europe after animals were abandoned or were able to escape from game enclosures and fur farms. Incidentally, the raccoon dog (also Enok, Nyctereutes procyonoides) is not originally native to Central Europe. Originally from Asia, the species settled here after animals escaped from fur farms.

Where do raccoons stay during the day?

Raccoons are usually (with the exception of some populations, for example in Thuringia) active at night and at dawn. During the day the small bears sleep hidden in tree hollows or similar elevated places. The animals occur in regions with deciduous and mixed forests and prefer the proximity of water.

The small bears - just like martens, rats or voles - can become a real nuisance in the garden by causing serious damage. The cute raccoons should be treated with caution, especially when they are raising cubs: Many raccoon mothers have attacked and bitten people to protect their offspring. The main problem, however, is the fact that the animal's droppings contain dangerous pathogens. These infect not only people but also pets, for example with the dreaded distemper.

Do raccoons kill chickens too?

In fact, raccoons have been seen killing and eating chickens. After all, they are omnivores, for which, like the fox, the poultry means a delicious and therefore welcome meal.

What sounds do raccoons make?

Raccoons make a variety of sounds that the sociable animals use to communicate with one another. The small bears growl, cheek or screech.

No, unlike many other wild animals, the raccoon is not under nature protection, but is subject to hunting law. However, this does not mean that you can kill (poison) the animals as you like, only a hunter or a pest controller within settlement areas can do that. An exemption is also required.

Bulky waste, building materials or piles of boards left on the property also exert a magical attraction on raccoons, after all the animals like to use these places to hide and sleep.