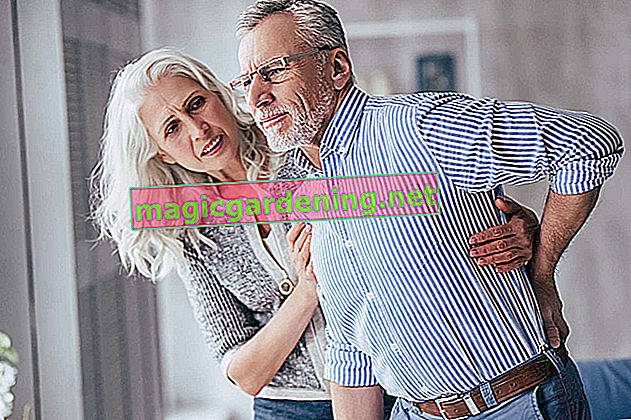 Basically, all chestnuts are suitable for planting in your own garden. However, they need a lot of space and a sunny location. The species differ only insignificantly in terms of care and soil requirements. However, the Australian chestnut is an exception, which only has the name in common with the other chestnuts.

The horse chestnut (bot. Aesculus) is a genus with about twelve different species and belongs to the soap tree family (bot. Sapindaceae). Their fruits are inedible to slightly poisonous. Consumption causes gastrointestinal problems such as nausea, vomiting and diarrhea. They are ideal for autumn handicrafts and even as animal feed. Horse chestnuts are also very popular as avenue and park trees.

The sweet or sweet chestnut

The sweet chestnut (bot. Castanea sativa) belongs to the genus of chestnuts (bot. Castanea) and thus to the beech family (bot. Fagaceae). As the name suggests, the fruits are edible. In a rough area, chestnuts are much less common than in a mild climate. In the Middle Ages, many people relied on this food, which is now considered a delicacy, in order not to starve.

On the one hand, the fruits of the sweet chestnuts are referred to as chestnuts, but above all the cultivated varieties of the sweet chestnut. The breeds are geared towards, for example, resistance to pests and diseases, longer flowering or harvesting times, but also storability of the fruit. The fruits are usually larger and the harvest higher. Therefore, they are particularly suitable for commercial cultivation.

It belongs to the legume family (bot. Fabaceae) and is often kept as a houseplant. Originally from Australia, it is evergreen and is also traded in this country under the name of bean tree, which is quite appropriate. The plant grows from a kidney-like bean that takes a long time to pass. Even if it practically never blooms in the room, the Australian chestnut is very decorative.

If you want to plant a chestnut, then decide beforehand whether and, if so, how you want to use the plant or the fruit.