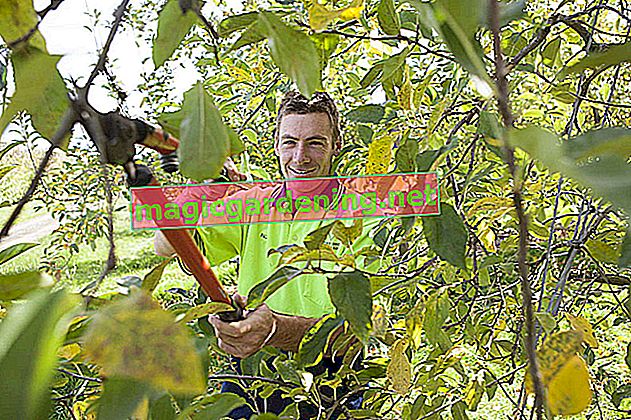 Gardeners refer to this cut as remounting, the plant in question “remounting”. To do this, cut off the faded shoots of the carnations to just above the ground. To stimulate the second flowering, you can also supply the perennial with some liquid complete fertilizer. Depending on the type and variety, you have to wait between six to eight weeks before you can see the pile. As a rule, however, the second bloom is not quite as abundant as the first. A re-pruning is mainly possible for the geranium varieties that bloom early - around May / June - late blooming species usually do not bloom a second time.

In many a guide you can read that cranesbills are generally cut in July. As a result, many gardening enthusiasts were surprised when their plants did not want to bloom - they were simply cut back before blooming. Although many cranesbills bloom as early as May / June, there are also species that bloom late, such as the Siberian cranesbill (Geranium wlassovianum). Of course, these should not be pruned in July, as otherwise the flowering will fail.

Cut back in late autumn or early spring

Furthermore, many cranesbills have a tendency to “fall apart” over time. For this reason, it is advisable to prune again either in late autumn or in early spring, before the new shoots. This is especially true for the following types of geranium:

However, whether you prune your cranesbill after flowering also depends on its reproduction. Many geranium varieties (with the exception of the hybrids such as the magnificent cranesbill) sow themselves quite reliably, but this is only possible if the fruits and seeds can develop.