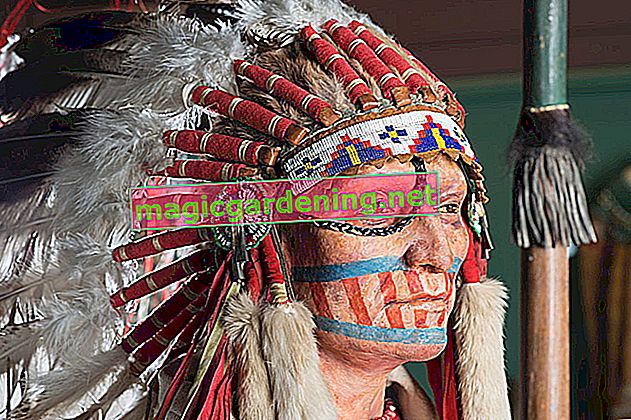 But first of all, let's look at the traditional European method of sowing maize. The seeds are usually introduced into the open field from the beginning of May to mid-May, when the soil is already a little warm and, above all, not so moist.

The plants are planted at a distance of 45 x 45 centimeters - a distance of 45 centimeters must be maintained between the individual plants and between the rows in order to ensure optimal growth. This method is also known as block planting and is later to protect the tall maize plants from being twisted by strong winds. In addition, fertilization of the plants with one another is made easier in this way.

Bring seeds deep into the soil

The corn kernels are placed about three to four centimeters deep into the earth and loosely covered. If the soil is heavy and clayey, it will need to be driven less deeply. It is advisable to plant two to three grains per seed and then simply remove the weaker plants later. In this way, failures due to non-germinating seeds can be reduced.

The conditions mentioned apply to both traditional European and traditional South American methods of sowing.

In South America and increasingly also in European gardens, maize is planted together with pumpkin and beans. This is done by sowing the corn kernels as described above, but with a distance of about 40 centimeters between the plants and at least 60 centimeters (better 70 to 80) between the individual rows. Pumpkin plants and growing beans are placed in the spaces created in this way, the latter in particular later using the high corn stalks as a climbing aid. The pumpkins in turn cover the ground. In this way, you can make optimal use of your growing area, especially since the three varieties complement each other perfectly.

To facilitate germination, the seeds should be soaked in lukewarm water for about eight to ten hours before sowing.