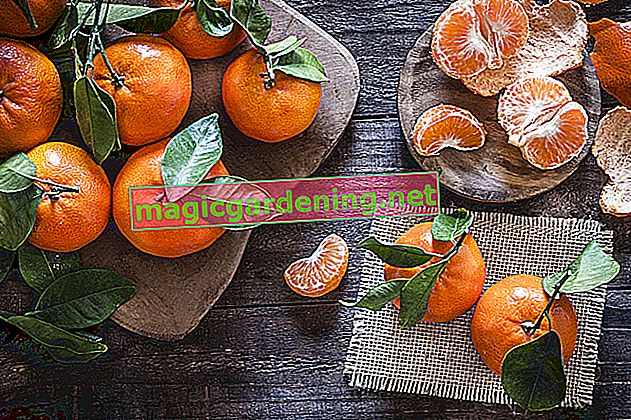 First of all, there is a big difference in terms of geographical origin and botanical classification. The mandarin originally comes from China, where it has been cultivated for many millennia. The tangerine tree was first attested in the 12th century BC. The name of the fruit is also of Chinese origin, it owes it to the high state officials who were called “Mandarin”. The clementine, on the other hand, does not have its roots in Asia - like almost all citrus plants - but in the Mediterranean region. This fruit was originally a coincidental cross between tangerine and bitter orange. It was discovered in 1912 in the garden of a monk working in Algeria, Frère Clément.

What is a Satsuma?

Satsuma is a mostly seedless variant of the mandarin. This tangerine variety is less aromatic than the original, but more popular due to its seedlessness. The Satsuma comes from Japan, where the tangerine has been cultivated since the first century BC.

Differences between mandarins and clementines are not only to be found in their origin, but also in the respective fruit itself.

In terms of their ingredients and the number of calories, mandarins and clementines are similar, although there are large differences, especially in the amount of vitamin C and folic acid.

By the way, the tangerine is one of the oldest and most original types of citrus. Many citrus plants are the result of crossbreeding from the mandarin, for example the orange. This was the result of a chance crossing of mandarin and grapefruit.

The tangerine is relatively easy to grow in a tub. The clementine, however, is less demanding, as a Mediterranean plant it is less sensitive to cold and more robust than the mandarin.