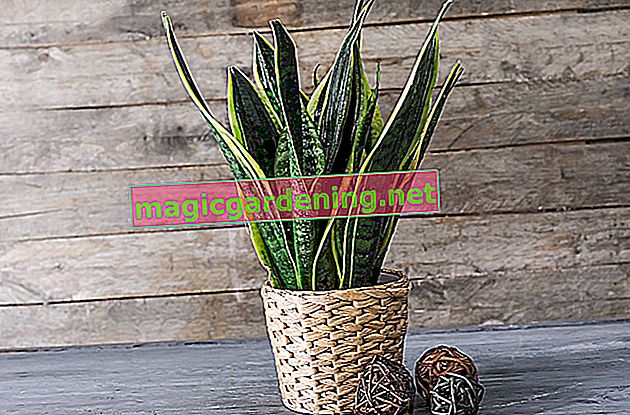 Plants in the bedroom - really a bad idea?

It actually means that you shouldn't put plants in the bedroom. The green plants produce a lot of oxygen, which is a good idea for the microclimate in the apartment - but only during the day. At night, the same plants give off more carbon monoxide (CO2) than oxygen, because most plants need sunlight for photosynthesis to produce the latter. However, there are a few exceptions to this rule, including bow hemp. The small oxygen power plant in your bedroom works particularly well when the succulent plant is exposed to drought stress, ie it receives very little water. More oxygen in the air you breathe in turn means healthier sleep and, associated with it, higher productivity during the day.

Bow hemp as an air filter

The bow hemp is not only generated as an oxygen producer, but also filters harmful substances out of the room air. Not only is CO2 converted into oxygen, but also pollutants such as trichloroethane, benzene and formaldehyde. Incidentally, these are poisonous substances that are found in high concentrations, especially in offices. So it's no wonder that bow hemp is often used in offices and medical practices. Incidentally, this effect came to light through NASA research when the American space agency was researching oxygen-producing and pollutant-filtering plants to regulate the microclimate indoors - in this case in space.

Which plants are also suitable as natural air purifiers?

In addition to the bow hemp, there are many other green plants that have a very positive influence on the indoor air. These include

If you want to have a significant influence on the air in your home with your indoor plants, just one of the plants mentioned is not enough. Your best bet is to get some of these plants and place them strategically as a group.

As positive as the influence of bow hemp and other plants on the indoor air is, you should still be careful, especially with small children and pets (especially cats!): Sansevieria and other of the plants listed are poisonous.