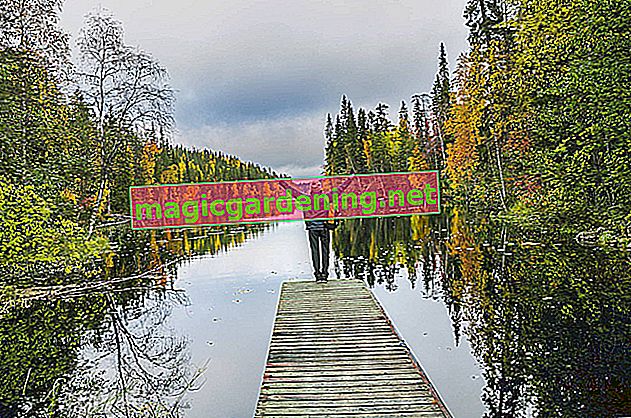 Does the spruce need to be pruned regularly?

A spruce does not have to be pruned regularly, too much pruning can even damage it considerably and permanently impair its growth and shape. Nevertheless, individual cuts may be useful and necessary under certain circumstances.

Sometimes young spruce trees have two tips instead of one. Then you should cut off one of them at the base. The sooner you do that, the more likely the cut will not be noticeable later. You decide which of the two tips to remove based on the optics. Leave the prettier, stronger or straighter of the two standing.

How can I prune the spruce?

Never cut into the old wood of a spruce for no reason. New buds only form on the needled shoots. Also, never cut the main shoot. Even if side shoots grow upright, there is always a gap and the spruce is disfigured.

If you want to open up the spruce (remove the lower branches and twigs), late winter is the best time to do this. Fastening is required in the timber industry, but not in your own garden. However, a spruce tree becomes quite wide in the lower area with increasing age, then pruning may be necessary for reasons of space.

Can I prune my sugar loaf spruce?

In contrast to the common spruce (red spruce, bot. Picea abies), a sugar loaf spruce grows slowly but very nicely in a cone shape. Cutting back is more harmful than useful. If it is trimmed, the cut often leaves unsightly bald spots. However, if wild shoots form at the base, then cut them off.

At best, a spruce should be pruned carefully, but in the best case not at all.