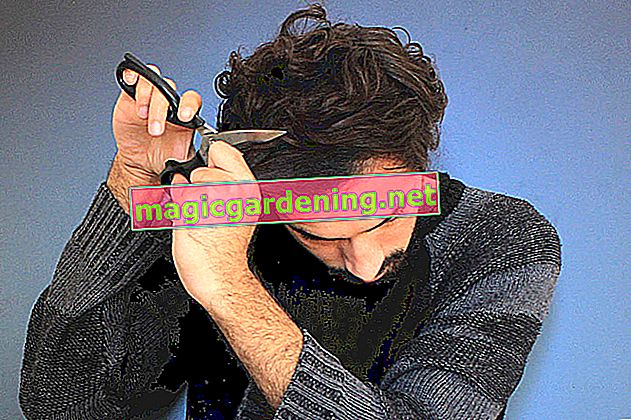 You should prune the golden elm in winter between November and March. On warm days, fragrances emerge from the open interfaces, which attract pests. The golden elm recovers from pruning in spring. It is therefore advisable to plan the cutting as late as possible. Do not use scissors until March, new shoots will quickly form and make the golden elm appear handsome again.

If you have just recently planted your golden elm in the ground, you must not prune the tree. A pruning now could hinder growth. Give the deciduous tree three years to adjust to the new environment.

Golden elms grow only slowly, which is why no pruning is actually required. However, there are two reasons in favor of the procedure:

A strong, shaping pruning should be done before driving the golden elm so as not to disturb its growth. You can confidently hold the deciduous tree at a length of three meters.

This is how you proceed with the thinning

When thinning out, you only remove unwanted branches and twigs from the crown.

Sometimes the golden elm forms root runners that form shoots on the surface of the earth. If you want to avoid propagation, you should cut it off as early as possible. In addition, it makes sense to dig up the entire root runners so that you don't have to constantly remove new shoots.

Check your golden elm regularly for dried leaves and branches. In order to prevent the tree from shrinking, these must be cut off.