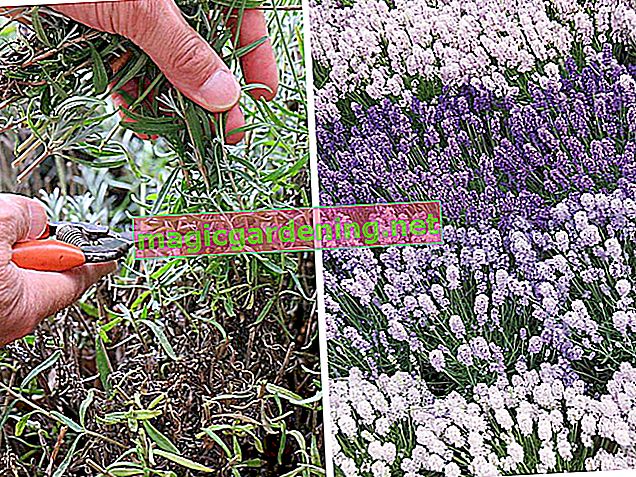 Lavender is characterized by a relatively long and profuse flowering period and also tends to grow quite large very quickly. Bushes planted in the garden, in particular, can live up to 20 or even 30 years old with good care, although the older they get, the more or less lignified they become. This is a normal process because the older shoots of lavender lignify from below. However, neither leaves nor flowers develop from this wood, which is why lavender often becomes bald with age.

This scaling can only be avoided by regular pruning, but not completely prevented. That is why it is extremely important to cut the lavender every year, although you should pay attention to the right time. If possible, cut your plants by half in spring, before the first new shoots start to rain. The cut-off old branches can no longer become lignified, but the bush is stimulated all the more to form new, young shoots. However, be careful not to cut into the old wood.

Old, heavily lignified lavender bushes usually cannot be rejuvenated or divided, as would otherwise be possible with most perennials. A radical rejuvenation cut or a division usually results in the plant perishing. You can only try to cut back the old bush so that only a few centimeters of green wood - i.e. younger shoots - are left on the woody parts. The lignification itself should not be removed. Bushes pruned in this way usually sprout again vigorously.

If you have an old, heavily lignified lavender in the garden, cut some cuttings and plant them. In many cases, the old bush can no longer be saved, but it can be used as a mother plant for young lavender.