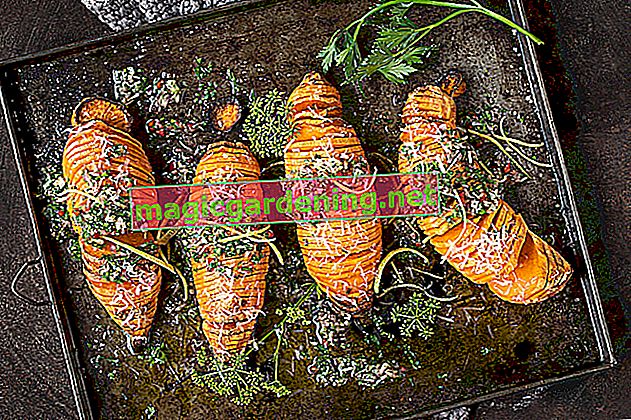 Greenhouse ranunculus - as early as January

In the Netherlands buttercups are grown in greenhouses. Due to the permanent warmth, the specimens planted there already bloom in January. The cut flowers are packed and shipped all over the world. In Germany they are then available from January to around May in stores or from florists.

The cut flowers are ideal for colorful spring bouquets. The daffodil season begins almost at the same time as the ranunculus season. Both flowers together in a vase create a harmonious picture.

Garden ranunculus is in season in summer

After the main season of cut ranunculus is over, the season of garden ranunculus begins. The flowers open around mid-May. They can be viewed for several weeks. Usually the flowers have faded towards the end of July.

You can extend the flowering season of ranunculus in your garden with a few simple tricks:

Once the flowering season is over, gradually reduce the amount of fertilizer. Pouring can also be omitted once. So that the tuber can prepare for winter, the soil should now sometimes be dry. When the old stems and leaves have yellowed, they can be removed.

Onion season is early spring. Then they can be freshly planted.