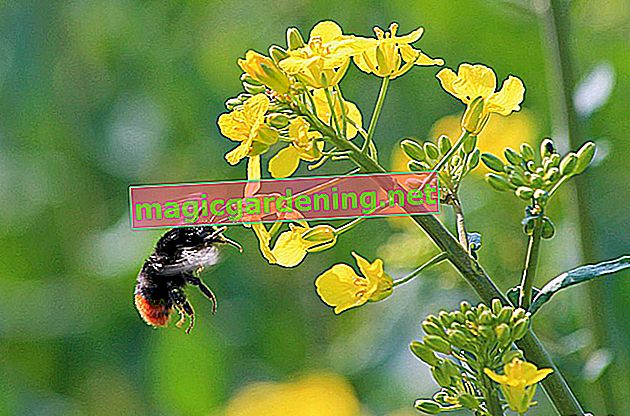 Various fungi of the genera Septoria, Ascochyta or Alternaria cause this disease, which is noticeable by yellowish discoloration of the leaves and reddish, brown or black spots. Like all fungal diseases, leaf blotch spreads quickly and ultimately leads to the death of the plant. Such fungi mainly attack weakened plants that are too moist, too narrow or in an unsuitable location. Fungal attack on lavender is particularly common in cold and humid summers.

Because fighting a fungal disease is difficult, prevention is an important measure. This is why you should look at lavender

avoid. Incidentally, the mushrooms survive even severe winters, as they simply overwinter or leave spores on the plant. These can then continue to work in the following year and let the lavender die.

Control is usually only possible by cutting away large areas

As soon as the leaves, sometimes stems, of the lavender are attacked, you should tackle the fungus with a hedge trimmer (€ 135.56 at Amazon *). Cut the lavender vigorously back into the healthy and not yet infested parts. However, you should avoid cutting back into the wood, as the plant then usually no longer sprouts. The tool must then be carefully disinfected so that any remaining spores are killed. If you don't want to harvest the plant, you can also use a broad-spectrum fungicide.

If, on the other hand, the lavender turns brown and looks like it has dried out, then root rot caused by waterlogging or incorrect watering is the cause.