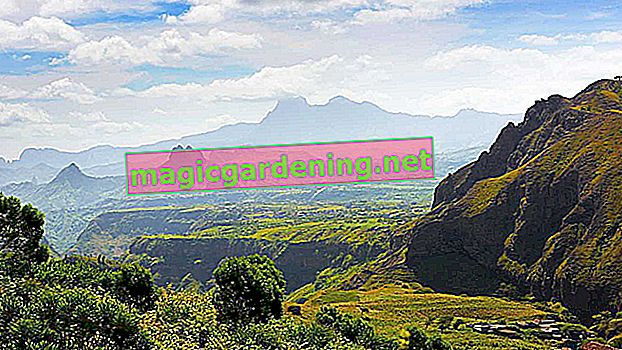 Are there black squirrels?

The Eurasian squirrel (Sciurus vulgaris) is native to Europe and is usually reddish in color. There are numerous color variations, ranging from reddish brown to reddish gray and brownish gray to black. Its clearly white belly is characteristic.

The native squirrel can also be colored black. His belly is white, however.

To ensure that squirrels get through the winter, they change their coat in autumn. Their winter fur is shorter and thicker than the summer fur. It has a high proportion of gray, so that the animals in the gray-white winter landscape are better camouflaged from predators. Such animals are often mistakenly mistaken for gray squirrels, which are not native to Europe. The black squirrel is not just a color variety of the native species. The American gray squirrel (Sciurus carolinensis) also bears this misleading name. It is native to the United States and Canada. Humans brought the animal to Europe, where it is increasingly expanding into Great Britain, Ireland and Italy. In England the Eurasian squirrel has almost died out due to the high competitive pressure. So far, the introduced species is missing in Germany. Experts suspect that it will also spread in Central Europe in the next few decades.

The American tree squirrel proves to be particularly robust. It carries a pathogen that does not make the animals sick themselves. However, this pathogen can spread from the gray squirrel to the squirrel. This Parapoxvirus (English: squirrelpox virus) is life-threatening for the native species and causes the squirrel populations to decline.

Diet of a gray squirrel:

Geographical barriers such as settlements, rivers or suboptimal landscapes do not represent an obstacle to the migration of gray squirrels. In the Central European deciduous and mixed forests they have a clear advantage over squirrels, because they are actually dependent on coniferous forests.

Sciurus carolinensis is on the European list of undesirable species, while Sciurus vulgaris is classified as not endangered. In England the population of the gray squirrel is estimated at 2.5 million. Various measures are being taken to protect the native species:

Differentiate between squirrels and gray squirrels

The species introduced from America is usually uniformly colored. Color variations or slightly different nuances only rarely occur. They reach a height of 30 centimeters. The tail becomes up to 20 centimeters long. Gray squirrels weigh between 400 and 700 grams. They have a significantly longer life expectancy than the native species. Sciurus carolinensis can live for ten to twelve years. In comparison, it is twice as large and does not move as nimbly as its European relative.

Way of life of the gray squirrel

These tree squirrels are omnivores and are not fussy about their food. Cannibalism can occur if there is a shortage of food. It lives in the forest and finds protection from predators in the undergrowth. Compared to the squirrel, the gray squirrel is much more likely to be on the ground. It does not go into hibernation, but feeds on food reserves it has created itself during the cold season. The problem-solving skills of gray squirrels

Gray squirrels seem to use better tactics than squirrels when foraging for food. English squirrel experts found this out in an experiment. It could be a reason why the introduced species benefits from a survival advantage and prevails against the competition.

Results of the investigation

Similar reproduction among both species

Gray squirrels and squirrels produce two litters per year and, if the weather conditions are favorable, three litters. The American representatives have no fixed mating times. However, young animals are unusual between September and December. A female can give birth to up to seven young animals after around 45 days per litter.

During the first few weeks, the naked and blind creatures must be suckled every three to four hours. They leave the nest for the first time in seven weeks. At ten weeks of age they are weaned by their mother and only eat solid foods. They leave the mother after a month.

How to support squirrels At the moment, the native tree squirrels don't have to fear competition from the American gray squirrel. If you see a black squirrel in winter, encourage it not to drive it away. It is looking for food to survive the winter.

Pregnant squirrels have a particularly high need for food. Since the gestation period begins in January, you should offer food at the end of the year.

The animals depend on energy-rich food in winter. Provide a feeding place for the squirrels. Hazelnuts and walnuts are ideal. Sunflower and pumpkin seeds are accepted as well as dried corn kernels and stone pine nuts. Chestnuts are a treat with a short shelf life. Therefore, they should not be offered permanently.

Avoid exotic fruits, because they have a particularly long transport route behind them.

Can red and black squirrels appear at the same time?

When it comes to color variations of the domestic squirrel, animals of different colors can live in one region at the same time. They are not in competition with each other, because the color of the coat is comparable to the color of human hair. Mammal researchers found that the proportion of black squirrels in higher mountain areas such as the Black Forest or the Alps in Bavaria is greater than in the lowlands. However, dark and light colored squirrels can also appear in one litter.

Possible reasons for the geographical distribution:

What forests are squirrels found in? The mammals depend on forests with a certain minimum age. This claim is based on the food. Squirrels are predominantly seed-eaters and collect cones and fruits from deciduous and coniferous trees. It takes a few years for the trees to produce sufficient fruit. Therefore, squirrels are dependent on old trees.

Why are there so many black squirrels in some years?

The production of fruits and seeds varies from year to year. As a rule, there is a so-called fattening year every four years, in which an excessive number of tree seeds are formed. During this year, the squirrel population also increased massively, so that suddenly many more black squirrels could appear at higher altitudes.

The American species carries the Parapox virus. It is a smallpox virus that does not cause symptoms in gray squirrels. By using the same nests at different times, it can be transmitted to the Eurasian squirrel and cause so-called squirrel smallpox. The animals suffer from weight loss because they eat less food. An infection just before winter can be fatal.

How do gray squirrels spread in Italy and England?

In England larger numbers of pine marten have been found in recent years. It is believed that the heavier and less agile gray squirrels fall victim to these mammals faster than the European specimens. Irish studies suggest that extensive pine marten populations could counteract the displacement of the Eurasian red squirrel.

Starting from Italy, some gray squirrels have spread to the Swiss border. Here there are observations of a coexistence of both species. So far, they have not displaced the native animals because they do not find optimal living conditions in the coniferous forests there.