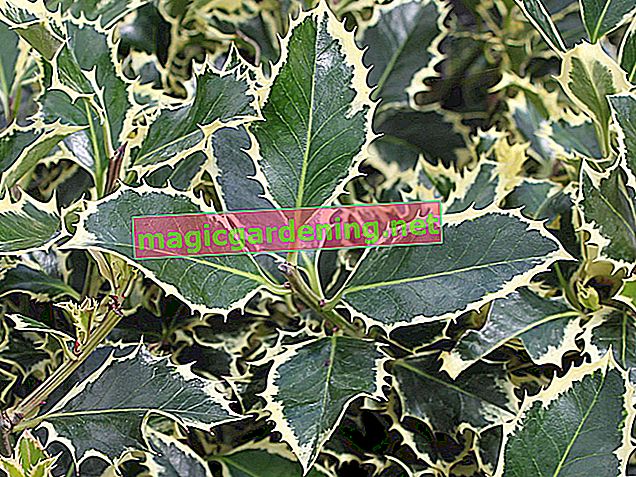 Do you need to cut ilex?

Ilex grows a maximum of 15 cm per year. As a result, it stays in shape for a very long time and does not have to be trimmed.

However, if you want to cut your ilex, you can do so with confidence.

When pruning, make sure that you only cut off branches and twigs. If you split the leaves, they will turn brown at the cut edges and make the ilex unsightly.

The best time to cut ilex

Basically, you can cut ilex at any time. The best time for this, however, is the summer from July to August. Then the holly is fully in the sap and it is best to grow back again.

Since birds like to use ilex hedges for breeding, check beforehand whether there are any nests in the holly. If necessary, postpone the pruning for a later date or cut generously around the nest.

Do not cut ilex hedges too often

Unlike other hedge plants, Ilex doesn't like being pruned too often. As a rule, a single cut per year is sufficient.

Keep in mind that it will take a while before the hedge is properly sealed again.

With its decorative red, brown and yellow berries, the ilex looks wonderful as a Christmas decoration and is therefore also popular in winter. Use a frost-free day for this.

Cutting is also safe during the cold season. But since the birds need the berries for food in winter, you should not cut too much so that enough fruit remains on the bush.

If you prune ilex in summer, you can gain fresh shoots for propagation via cuttings.

You will now need a lot of patience, because it will take a while for the first roots to form. If the first new shoot tips appear, you can place the young ilex in the desired location.

Be careful when cutting!

Most Ilex species have leaves with a sometimes very sharply serrated leaf edge. You should therefore always wear sturdy gardening gloves when cutting so that you do not injure your hands.

The majority of the holly species are poisonous. Make sure that the sap that escapes when cutting cannot get on your bare skin.

Ilex can not only be propagated from cuttings. It works faster and easier if you use lowering devices.