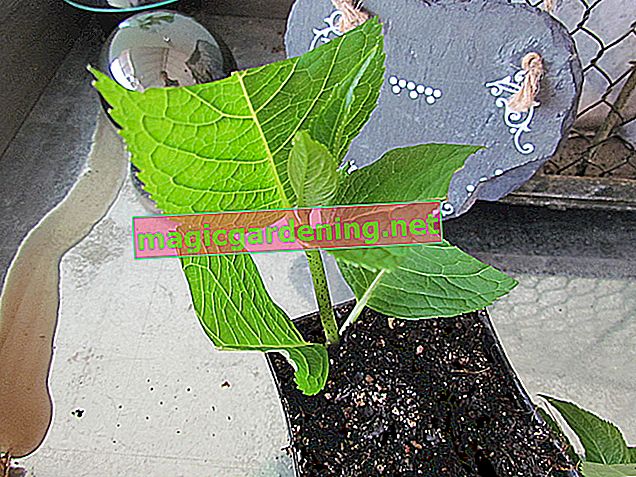 Pull the rock pear out of seeds

You need a little patience to grow the rock pear from seeds, as the seedlings initially grow relatively slowly. With regard to the seeds, it is important to know that the seeds of a rock pear are only capable of germination after a cold period. So even seeds collected for cultivation on the windowsill or in pots must first be stratified in the freezer or outdoors when the outside temperature is wintry. Afterwards, the seeds are sown in ordinary seed compost and kept evenly moist.

Root cuttings of the rock pear

While some plants can only be grown from woody cuttings, things are a little different with rock pears. Their cuttings should be cut as short as possible and from the fresh shoot in spring. It would be ideal to cut the cuttings in May, this can of course be combined with a topiary that is already provided. Immediately after cutting, the approx. 5 to 15 cm long cuttings are placed in potting soil and kept evenly moist in a shady to partially shaded location. Since cuttings of the rock pear are not very easy to root successfully, the use of special rooting hormones may be appropriate.

Form sinker of the rock pear

An alternative to the propagation of cuttings is the formation of depressions in the rock pear. It is best to follow the steps below:

After the roots have formed, the sinker can be separated from the mother plant with sharp secateurs.

With the rock pear it is not uncommon for several small stems protruding close to each other to form. Sometimes there is therefore the option of carefully pricking off and replanting one of these trunks with a sharp garden spade. Note that the young plants grown from the plant material of grafted rock pears do not necessarily have the same properties as the mother plant. The refinement of certain types of rock pear takes place partly on rowanberry seedlings, which are used as a base.