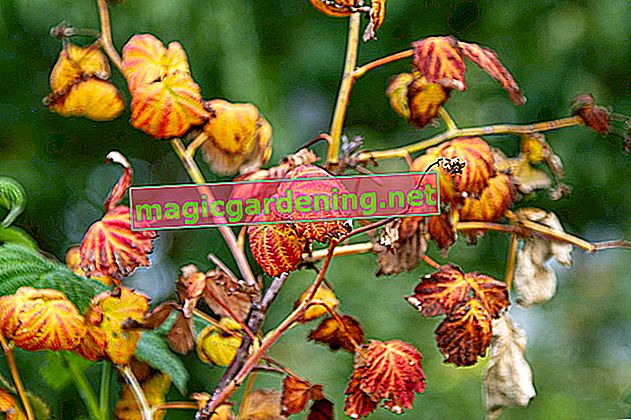 The cockchafer larva owes its bad reputation to its menu. Plant roots of all kinds are an essential part of the diet of cockchafer grubs. A grub spends between three and five years of its development deep in the ground and feeds on roots. The cockchafer larva owes its status as a pest to this unfortunate diet. Dramatic crop losses or serious forest damage are only to be complained about when there are masses with a population of 100 to 200 larvae per square meter.

The days of devastating damage from cockchafer larvae are long gone. In many places, only the grandparents have seen a cockchafer plague. Up until the 1960s there was even a so-called cockchafer year so that children could collect beetles and larvae. Today children and young adults may still know the beetles from “Max und Moritz” by Wilhelm Busch or as a Sumseman from “Peterchens Mondfahrt”.

Locally, cockchafer larvae cause the hobby gardener a headache when nests with a dense swarm of white grubs form in the bed or under the lawn. An infestation can be recognized by the poor growth of perennials, shrubs and trees. Yellow spots appear on the lawn, which gradually enlarge and dry out. Against this background, it is little consolation for the gardeners concerned that cockchafer ladies especially prefer garden soils as nurseries that are ecologically managed in an exemplary manner.

Fight cockchafer larvae with beneficial insects - this is how it works

Did you find a single cockchafer larva? Then this is an occasion to search the bed or lawn thoroughly for more specimens. If you find a large number of grubs or uncover entire nests under the lawn, control measures are an option. So that the infestation does not spread to a nuisance, it is not necessary to use chemical poison. Instead, you fall back on the powerful help of nematodes of the genus Heterorhabditis. How to combat cockchafer larvae with beneficial insects:

The nematodes, which are around 1 mm in size, actively search for cockchafer larvae and invade the body. There the beneficial insects give off a bacterium that is poisonous for the grubs. The larvae are destroyed within 2 to 3 days. The roundworms target grubs from cockchafer and junior beetle alike. Pupated larvae and adult beetles do not belong to the nematode prey scheme. When looking for alternatives to DDT and other poisons against cockchafer larvae, the scientists found what they were looking for in soil fungi. For more than 100 years, Beauveria brongniartii has been useful in the fight against large numbers of white grubs and cockchafer. The fungus infects its host with spores, which neither larvae nor adult beetles can survive.

The pesticide is applied in the form of grains that have grown over with the fungus. The spores form at a depth of 5 to 10 centimeters and infect existing cockchafer larvae. In Germany, the use of the agent still requires an emergency approval. In Austria, the preparation is available on presentation of a plant protection certificate. Switzerland has approved the product for use in allotment and home gardens.

With their metallic green, shiny wings, rose beetles are a feast for the eyes. The neat appearance makes the identification of the noble beetles child's play, even for the layman. The distinction between rose beetle larva and cockchafer larvae is more problematic. Both species belong to the scarab beetle family and look very similar at first glance. This similarity ends tragically for the protected grubs of the rose beetle. The location gives an important clue as to which larva you have discovered in the garden. The rose beetle larvae prefer to live in compost, because only dead, decomposing plant parts are on their menu. The cockchafer larva colonizes the ground under beds and lawns to nibble at the roots of shrubs, trees, perennials, grasses and vegetables.

Prevention is the best fight Targeted prevention can successfully avoid direct exposure to cockchafer larvae. A broad spectrum of effective methods is available for this purpose, so that female cockchafer do not lay their eggs in the bed or lawn in the first place. This is how it works:

After the last frost, the starting signal for the main flight time of cockchafer is given. Now the finished beetles leave their pupal shell, in whose protection they spent the winter. Males and females do not hesitate to start a family. Within a short time the winged girls are mated and looking for a place to lay their eggs. By covering the garden with insect protection nets, you thwart the beetle ladies. In the course of global warming, the preventive measure should be noted in the calendar for the beginning / middle of April.

The declared enemies of cockchafer grubs include moles, hedgehogs, badgers, starlings and crows. Numerous other biological opponents like to eat the juicy larvae. So that the predators can gather in the garden and hunt the cockchafer larvae, suitable framework conditions are advantageous. The following tips & tricks may inspire you for a near-natural garden, in which harmful cockchafer larvae and other grubs have bad cards:

Keeping chickens and ducks is one of the most effective control methods in a natural garden. Picking chickens and busy running ducks will discover every little cockchafer egg and grub in no time. A positive side effect is that ducks thwart the plans of voracious nudibranchs to attack flowers, shrubs and vegetables. The lawn is a popular place for female cockchafer to place their eggs. A well-tended green area with dense sward is, however, not welcome among the beetle ladies. Regular scarifying is one of the smart preventive measures against white grubs, especially since the best date falls when the eggs are laid. The scarifier (€ 76.01 at Amazon *) not only combs out lawn thatch and makes space for strong noble grasses. Cockchafer eggs that have already been laid are also destroyed.

If you are laying out a new lawn, it is worth investing in a protective fabric between the coarse subgrade and fine subgrade. This precaution is always advisable if you or your neighbors have ever struggled with an increased number of cockchafer beetles. This preventive measure has its price. In return, you don't just ward off cockchafer larvae. Other uninvited guests, such as moles, also stay away from your lawn.

Mass occurrence every 30 to 45 years

Scientists have found that there is a mass emergence of cockchafer larvae every 30 to 45 years. When the larvae, with a population of 200 white grubs per square meter, frolic in the forest floor and nibble on tree roots, the affected trees die off across the board. However, cockchafer plagues are mostly local, as in 2010 in a district in southern Hesse. There those responsible resorted to a chemical insecticide to fight the pests. This triggered nationwide protests by nature conservation associations. Explicitly the NABU (Naturschutzbund Deutschland) drew attention in a much noticed position paper in 2006 to the fact that natural regulatory mechanisms remove the problem just as quickly as toxic chemicals.

There are no more cockchafer ... Perhaps I am afraid of leaving and maybe I conclude that the cockchafer are only a little ahead of us (Reinhard May)

Cockchafer larva in a portrait - a profile to get to know The development of a cockchafer larva begins as a tiny, 3 mm long, yellowish colored egg. When the larva hatches from the egg after 4 to 6 weeks, the parents have long since blessed the time. Male cockchafer die immediately after mating. Females carefully choose different locations to lay 15 to 100 eggs about 10 cm deep in the ground. With this work, female cockchafer have fulfilled their purpose in life and also die. The following profile summarizes important properties of grubs:

Immediately after hatching from the egg, cockchafer larvae begin to eat. In the first few days, the grubs mainly eat sludge and delicate roots. In proportion to their growth, the larvae feed on thicker roots, which they locate with the help of root exudates. A powerful mouth tool allows the insatiable larvae to attack almost all plant roots in the soil. In drought conditions, grubs look for deeper layers of soil with a higher moisture content. Damp weather lures them to higher layers, but not to daylight.

Hobby gardeners and forest owners chalk up cockchafer larvae that plant roots are at the top of the menu. Depending on the population in the garden or forest, the insatiable white grubs leave behind damage to perennials and woody plants of all kinds. While herbaceous plants and deciduous trees can recover after being eaten above ground by adult cockchafer, cockchafer grubs deprive the plants of their livelihood with no prospect of regeneration. The harmful effect is based on the insatiable appetite. Cockchafer larvae do not release toxic substances to plants or the soil.

There is a cockchafer larva in our garden. How long does it take to develop from the grub to the finished cockchafer?

A cockchafer larva spends three to five years in the ground. On average, it takes four years to develop from a newly hatched white grub to a winged cockchafer. During this time, the diet consists exclusively of the roots of flowers, shrubs and trees. Under favorable conditions, a cockchafer larva overwinters twice, pupates in August of the third year, overwinters in the pupa cradle and flies out of the ground as a finished beetle in April or May of the fourth year.

Are there manual methods of combating local infestation with cockchafer larvae in the flower and perennial bed?

If you suspect that cockchafer larvae are frolicking in the bed, dig up the affected plants and their root ball. Collect by hand all the grubs you discover in the root network. You cannot be sure that you have got hold of all cockchafer larvae. For this reason, we recommend planting the plants again in the bed in a spacious pot with fresh substrate. This way, hidden specimens cannot spread further in the garden.

We are fighting in the garden with high numbers of cockchafer larvae. Shouldn't we just mill the contaminated soil?

Only when all control methods fail should the use of a tiller against cockchafer larvae be considered. The tiller plows through the earth to a depth of 10 centimeters and destroys all grubs. Further control agents are no longer required. However, all other soil organisms also have to pay for the radical tillage with their lives. Furthermore, the soil structure is completely destroyed. The subsequent regeneration takes a long time.

The fight against a gigantic population with billions of cockchafer in Avignon, France, was unsuccessful. In 1320 the pests were ordered by court order to “withdraw within three days to a field marked by boards where there was enough food for them”. Offenders would be treated as outlawed and exterminated, it said. Although the announcement shows the first signs of an ecological basic attitude, the measure came to nothing.