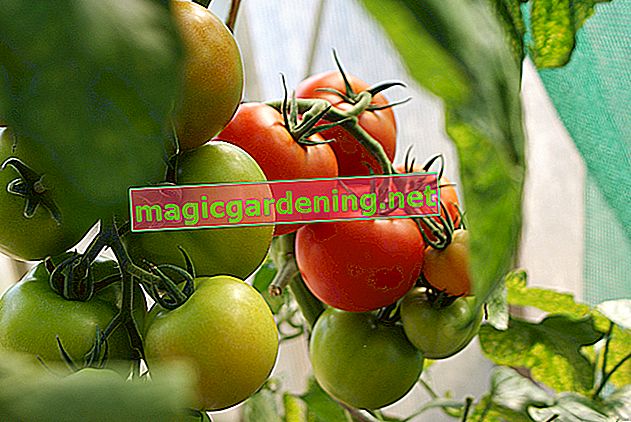 In the garden, the real lavender in particular sows itself if the conditions are right. You can often find young plants in cracks between stones - this is where the lavender, which is used to stony ground, feels most comfortable. However, this self-sowing does not occur in all types of lavender. When you buy lavender seeds, you usually only get what is known as “wild lavender”, which does not mean single-origin lavender. However, the resulting plants look very different, not only in terms of their height and shape, but also in terms of leaf shape and color. Sometimes even the colors of the flowers are different.

Prepare the seeds before sowing

If you want to use seeds from home-grown lavender plants, they must be properly mature. This means that you should not cut off the faded flower stems in summer, but only in spring. To increase the germination rate, you can stratify the seeds before sowing, i.e. store them in the refrigerator for one to two weeks. To do this, put the seeds on a little damp sand, which you fill in a sealable freezer bag (or another sealable container). No further preparations are necessary.

You should only sow lavender directly in the field when frost periods are no longer to be expected. This is usually only the case from the end of May / beginning of June. Lavender can also be grown on the windowsill or in the greenhouse from February / March, then the plants grown from it will bloom in the same year and can also be harvested.

You should only plant young lavender plants outdoors or put them in a pot on the balcony when cold temperatures are no longer expected outside - hence earliest from the end of May, or even better later. Older lavender is no longer as sensitive.