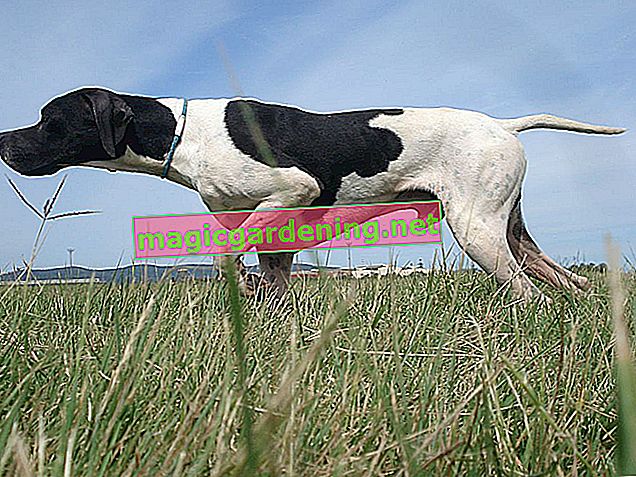 Foxes leave urine and feces tags to mark their territory. Therefore, the excrement is often on clearly visible and elevated areas such as tufts of grass or stones. They also mark territories where they found food. The animals do not bury their droppings. Therefore, fox droppings are usually not found buried in sandboxes or soils with loose substrate.

Differences to other animal droppings

Fox droppings can easily be confused with dog or cat droppings. No food residues such as seeds, pieces of bones or feathers can be seen in the feces of these carnivores. The remains of badgers and beech martens also look similar to fox droppings, but are usually stored in a permanent toilet space. Foxes usually shy away from being near humans. They are discovering more and more the advantages of gardens, because here the animals find abundant sources of food in garbage cans, on the bed or in the compost. Chickens in the garden also attract foxes. Even in big cities, foxes are a daily occurrence. If you find fox droppings in the garden on the lawn or on the terrace, you should remove them to be on the safe side.

How to do it right:

You shouldn't do that

Do not leave the droppings in the garden, otherwise pets or small children can come into contact with the remains. Also refrain from removing the fox droppings with a dustpan. The eggs are extremely robust and can stick to the shovel. In this way they get into the bed when gardening is to be done later. Fox droppings should not be disposed of on top of the compost. The moist and warm environment promotes the survivability of the eggs, which are distributed on the beds with the mature substrate. The solution from foxes does not represent an infection risk for rabies. Merely touching the feces, urine or blood of an animal infected with rabies does not pose a risk of contracting rabies. People can be infected through bites. The pathogens enter the body through skin injuries and mucous membranes.

Fox tapeworm disease in humans is known as alveolar echinococcosis. It is an insidious disease with an incubation period of five to 15 years. In the 1970s, illness was still considered a death sentence, but many people affected can now live with the parasite through medication. In a few cases, the disease can be completely cured.

The larvae of the fox tapeworm, at least potentially, form an immortal tissue. Once they have established themselves in the organism, they can no longer be destroyed. Medicines can keep their growth in check. But when these are discontinued, the tumor-like bubbles continue to grow. Adult tapeworms are equally robust. They are considered masters of regeneration, because a parasite can reproduce itself from the smallest fragments. These properties make the fox tapeworm interesting objects in research.

This parasite is only a few millimeters in size and consists of five limbs. Its head has suction cups with which the tapeworm can attach itself to the intestinal wall. As soon as the end links are filled with mature eggs, these are rejected and get into the environment with the feces. The eggs are extremely cold-resistant and can last for several months.

An intermediate host takes the eggs. Mostly they are small rodents like muskrats or mice. If the tapeworm eggs get into the intestine, larvae hatch after a short time. These get through the intestinal wall into the bloodstream and finally into the liver, where they attach and grow. Tumor-like blisters develop, which slowly destroy the liver tissue.

The intermediate host becomes increasingly weaker, making it easy prey for predators. When a dog, cat or fox eat an infected mouse, they ingest the tapeworm and the cycle closes. How high is the risk of infection?

Infections in humans are extremely rare. According to the Robert Koch Institute, only 26 cases were reported in 2016. Two years later there were 34 reports from Germany. It is not yet known how exactly humans become infected with the fox tapeworm. Potential risks include soil-stained hands, stained berries and raw vegetables, or infected dogs.

These factors affect an infection:

Researchers suspect that the immune system is able to defend itself against the eggs to some extent. About two percent of the population has antibodies against the parasite. Only when the body's own defense reaches its limits can the larvae spread in the organism. It can be assumed that only permanent contact with infected foxes causes disease. According to researchers, the one-off intake of tapeworm eggs is not yet a reliable reason for an infection. Therefore, extremely few people actually get sick, even if fox tapeworm eggs have entered the organism.

How dangerous is fox droppings?

The fox droppings are dangerous, but not every fox carries the tapeworm. In Europe, the fox tapeworm is not widespread, but rather an island. The proportion of infected foxes varies considerably depending on the region. The risk areas extend across southern and southwestern Germany. In Bavaria, every third to fourth fox is infected on average.

However, you don't have to panic, because there is no discernible connection between the number of infected foxes and the reports of sick people. Even in areas with a high density of foxes and an infestation rate of 60 percent, no increase in human infections was observed.

Although fox tapeworm disease can cause severe organ damage, you don't need to panic too quickly. Infections are extremely rare. The majority of all illnesses were reported from risk groups. This includes people who regularly handle dead foxes or who are exposed to the feces more often. An infection from the consumption of wild berries is increasingly being questioned by scientists. The probability is negligible that fruits growing close to the ground are contaminated with sufficient tapeworm eggs. Foxes do not have a tendency to purposefully defecate on forest shrubs with fruit.

Therefore, most of the people do not fall into the risk group. There is a potential risk of infection for pet owners. Dogs and cats can become carriers of fox tapeworms by eating infected mice. Dogs tend to wallow in animal feces. The tapeworm eggs can get on the hands of humans through the fur.

Prevent infection with the fox tapeworm

If you do not belong to the risk group but cannot completely rule out the risk of infection by pets, you should take special hygiene measures. Also, wash your hands after gardening and do not take dirty clothes or shoes into the living area.

Wash, freeze or dry out

If collected forest fruits or herbs are potentially contaminated, thorough washing can reduce the risk of infection, but not eliminate it completely. You should therefore avoid groupage that is close to fox droppings. To completely rule out infection, food should be boiled, dried or frozen at extreme temperatures.

This is how the eggs do not survive:

To protect your beds, you should cover them with nets.

The fox tapeworm can lodge in the intestines of dogs. They carry the parasite similar to foxes, while cats appear less suitable as hosts. Fewer tapeworms develop in their intestines, which produce fewer eggs. Nevertheless, they can be considered as a source of infection. Dogs and cats that live outdoors should therefore be wormed every two months.

Since dogs roll around in strong-smelling animal excrement, the fox tapeworm eggs can stick to the animals' fur. They pose a risk of infection and should be thoroughly showered after a walk.

Drive foxes out of the garden So that the problem of possibly infected fox droppings does not occur in your garden, you can keep foxes at a distance with a few measures. If a fox comes too close to you, you can spray it with water. Since foxes don't like water, they quickly run away.

How to avoid food sources:

Foxes don't like human voices. If it doesn't bother your neighbors, you can drive away nocturnal visitors with hissing noises, loud words and trample.

How does fox droppings smell?

How can I tell the difference between dog and fox droppings?

Fox droppings consist of three to eight centimeters large sausages that are pointed at the end. The legacies of dogs vary in size depending on the breed and can have a variable consistency. Unlike in fox droppings, no residues such as seeds, pieces of bones or hair can be seen in dog droppings.

How does fox droppings differ from marten droppings?

Marten droppings can easily be confused with fox droppings because they also have an unpleasant odor. A solution is between eight and ten centimeters long and twisted and pointed at the end. Food remains can be seen in a similar way to fox droppings.

Martens use fixed places for their legacies. This behavior allows the animal to keep the sleeping area clean. So you will never find marten droppings in different places in the garden. Foxes, on the other hand, often lay their excrement in different places that are exposed.

Do I have cat or fox droppings in the garden?

Foxes like to put their droppings on raised areas. These can be stones or tufts of grass. This placement is used to mark the area. To support this, foxes give their solution an individual scent note. Cats bury their droppings and don't leave them open. They prefer to use substrates with a loose and sandy substrate such as sandboxes. Such behavior does not occur in foxes.

Can the fox tapeworm be transmitted through inhalation?

It is conceivable that when dust is inhaled from dried fox droppings, eggs can enter the human body. After all, farmers belong to the risk group. However, the survival probability of the eggs is reduced in a dust-dry environment. They are sensitive to dehydration and heat.

Where do fox tapeworm eggs survive?

The eggs need a humid microclimate. They are extremely resistant to temperature fluctuations. The eggs survive temperatures down to -80 degrees Celsius, which is why they cannot be killed by freezing the food in the freezer. The eggs also die at a temperature of 60 degrees Celsius. If the humidity is at least 85 percent, 45 degrees Celsius is enough. However, it takes a few hours before the eggs are no longer viable.

In the dry climate in the home, tapeworm eggs can survive for a few days. The warmer and drier the air in the room, the faster the eggs die. They can easily survive in compost if there is no hot rotting.