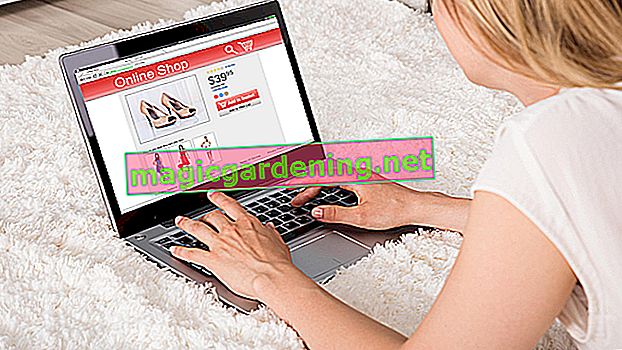 Map animal tracks in the snow Animal tracks in the snow tell a story. They generate different images that are typical for each species and provide information about their living conditions. In order to identify the cause of the so-called kick seal, an initial classification helps. Reproducible standards are an important tool when looking for clues in the garden. Not all of these animals will find their way into your garden. It is mostly small mammals or rodents that leave their mark on the snow. With a little practice you can assign the prints. Do not just look at the individual footsteps, but the overall picture of the track.

Traces of tree marten and stone marten are very similar. They consist of five ball of the toes, on which the claws are clearly recognizable, and reach a size between three and five centimeters and a width of three to four centimeters. The footprints are about the same size as the cat's footsteps, which only have four toe pads.

With the normal gait you can see different constellations. If the marten jumps, the two front footprints are parallel on one line. The two hind legs leave an obliquely offset emphasis. In the top view there is a triangle.

In the tracks of the red fox, four toe balls and their claws can be seen next to the main ball of the foot. Front and rear paws are about the same size. A single footprint can be mistaken for a small dog's kick seal. Look at the ball of the toe. The two inner toes of the fox are pushed forward so far that their rear edges are in line with the front edges of the balls of the outer toes. The dog's inner toes are not pushed forward that far. Cats leave smaller marks that appear more rounded and have no claw marks.

How to distinguish between fox and dog tracks: Red foxes have different gaits so that the individual step seals can be arranged differently in the snow depending on the situation. The constellation tells you a lot about the way of life of the animals and whether they were on a foray or were in a stressful situation:

With a simple trot, the posture is slightly oblique to the direction of movement. The so-called lacing refers to the fast trot. With this gait, the footprints look like they are strung on a string. This straight running track is created by putting the narrow feet in a line. The prints are evenly spaced about 30 centimeters apart.

Lacing is a slightly faster pace for the fox. His footprints form an almost straight line similar to a string of pearls.

All long-tailed mice, which also include house rats and brown rats, have five toes on their hind paws. The middle toe is longer than the outer toes. There are usually four toes on the front paws. The fifth is often severely regressed and stunted, which leads to the typical toe formula 4 + / 5. Brown rats have weakly muscled tails that are dragged along when they run. The sanding track is clearly visible between the step seals. The very rare black rat, on the other hand, lifts its tail when running.

Typical gait of a rat:

You can preserve step seals with a plaster cast.

Front paws are four to eight centimeters slightly smaller than the hind paws, which reach a size between five and ten centimeters. The untrained eye can confuse raccoon tracks with other kick seals, but the hand-like shape provides a clear indication. How to distinguish the raccoon's tracks from animals with similar prints: Rabbit tracks are very distinctive and can be observed in different habitats such as meadows, fields and forests. The hind paws of adult hares are longer than the front paws, which appear more rounded. The front paw has five toes, of which the receding thumb is not shown in the step seal. The hind paw, on the other hand, is always four-toed.

Typical features of the step seal:

In rabbits, the two gaits hobbling and fleeing are known. The hare trail is also known as the hare jump in which all four paws are recognizable as a typical jump group. In this track the longer prints of the hind paws are parallel to each other and in front of the step seals of the front paws, which are more or less clearly placed one behind the other. This pattern arises because the hind legs rush the front feet when hobbling or galloping. If the hare is on the run, the hare jump can be up to three meters long. Cats leave a step seal in which the four toes are clearly visible. The distance between the ball of the metatarsus and the toes is relatively large. Claws are usually not shown or only indistinctly, because the cat retracts its claws as it moves. When jumping from a great height, the animal also leaves claw marks.

The prints are comparatively round and have sharply defined pads. The trail is partly similar to the lacing of foxes, as cats move similarly. In contrast to dogs, the house cat has asymmetrically arranged toe balls, one of which is clearly further forward.

In cats and dogs, the front paws are larger than the rear paws. This is not the case with squirrels or rabbits.

Why there are no claws in the step seal

Cats are hide hunters and are not characterized by long endurance when running. House cats are small cats that are toe walkers. Your front paws have five toes, one of which has no contact with the ground and is therefore not recognizable in the print. Four toes are developed on the hind paws. The animals have sharp claws that are curved. Usually they are in the resting position and are drawn into a skin pocket by elastic straps. These are extended in certain situations:

This animal has strong grave paws with a wide metatarsal pad that looks almost kidney-shaped. The five toe pads lie over the metatarsal pad and form a slight curve. This makes the footprint appear comparatively wide, which allows you to distinguish it from the footprint of dogs and foxes. The traces of the claws are clearly visible. When running, the toes are turned slightly inward. However, you will hardly find badger tracks in winter as the animals hibernate.

I don't know if animal tracks in the snow come from the marten. Can I make the prints clearer?

To make it easier to identify the traces, you can sprinkle some flour or fine sand on the floor. The five balls of the toes are not always clearly visible, however. Pay attention to the arrangement of the toes around the main ball of the foot. With martens this appears as a comma.

Is there a trick to distinguish fox tracks from dog tracks?

The arrangement of the bales provides a good distinguishing feature. Do the cross test to find out who caused the canine traces. Mentally draw two lines that cross each other. They each lead through the spaces between the outer and inner ball of the toe and intersect directly above the main ball of the foot. The bales are not cut by the lines. With a dog's footstep, you cannot draw lines through the spaces without cutting the balls of the feet.

What do the terms track, trace and footprint mean?

In the hunter's language, the footprints of hoofed game in particular are referred to as footsteps. In common usage, the seal also means the footprints of other animals. Several footsteps from hoofed game, one behind the other, form a track. In other animals, the sequence of prints is called a trail. In the case of birds, the track is called Geläuf.

How can I secure animal tracks in the snow?

You can preserve traces of snow with plaster. To do this, press a cardboard box around the impression so that it is completely enclosed. Mix the modeling plaster and pour the mass into the box up to a height of about two centimeters. Wait about 20 minutes for the plaster to dry a bit. It does not have to be fully cured. Carefully dig out the impression and let the plaster harden. You can remove the edge of the box with an old toothbrush.

What do brown bear tracks look like in the snow?

The predatory mammals belong to the group of sole walkers who step from toe to heel with the entire foot. The ball of the heel is almost always missing on the front paw. The rear step seal of adult brown bears can only be confused with a slightly faded human footprint. Cubs leave marks that are slightly larger than the badger's footprint.

The five balls of your toes are clearly visible in the print and the claws can also be clearly seen. Right and left paws can easily be distinguished from each other. Bears tend to move slowly. They put their hind feet on a little in front of the prints of the front paws. The stride length in adult bears can be up to 150 centimeters.

What are sole, toe and toe walkers?

Predators, rodents, rabbits and insectivores are sole or toe-walkers. Their extremities are called paws. Walkers step on the entire foot surface, while walkers only push off with the ball of the main ball and their toes. Pair and unpaired ungulates are tip-toe, in which the end links are protected by horn shoes or hooves.