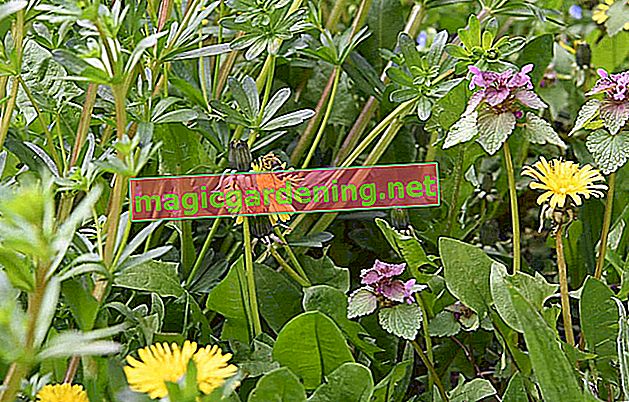 Which pests can it be?

Various pests like to lay their eggs in potting soil so that the later larvae can grow under good conditions, e.g. B.

If white animals are sighted, it can actually only be one of the named pest species. For the benefit of the indoor plants, the pests should be controlled. However, one can first try to drive the animals away with biological means. The remedies are effective, but usually require a longer duration of action.

Various pesticides against white animals in the potting soil

Our grandfathers swore by the effectiveness of nettle stock. To do this, nettles (about 1 kg) are boiled in 10 liters of water and left covered. If bubbles form in the brew, it can be sprayed on. Since the nettle brew doesn't smell very nice, the job is best done outside. The spraying should be repeated for several days.

An inexpensive remedy for the white larvae in the potting soil is baking powder, a simple remedy that is available in almost every household. You sprinkle the powder on the potting soil and pour a little more water. The powder seeps into the earth and is eaten by the larvae, which then die. The baking soda treatment should be repeated more often to achieve a lasting result.

If the pest infestation is massive, only repotting the plant will help. Proceed as follows: