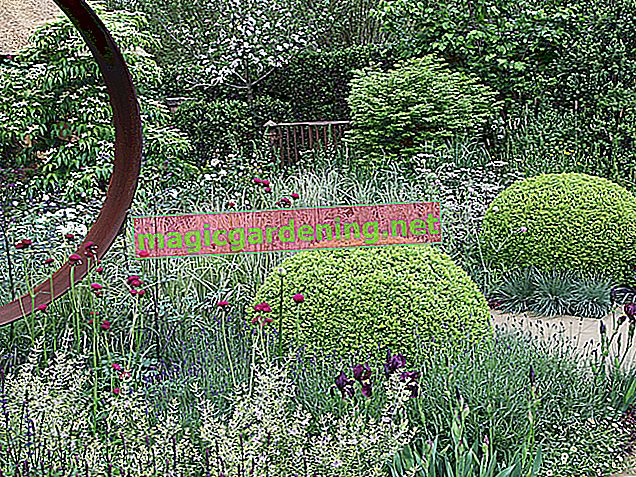 Buchs is a popular pasture for bees

However, flowering only occurs in older box trees that are at least ten years old and are also only rarely cut. The flowering time is from March to May and depends heavily on the weather conditions. A profuse flowering in the previous year is often followed by little or no flowering in the following season. Nonetheless, a flowering box is a popular insect pasture, because bees, bumblebees, butterflies and other humming garden dwellers feast on the nectar.

Do not cut off flowers

For this reason, you should never prune blooming box, but instead enjoy the hungry visitors. Only after flowering do you reach for the secateurs and remove the withered shoots - unless you want to let the capsule fruits that develop then ripen and harvest the seeds. These are suitable for growing new plants, although the method is quite cumbersome. Boxwood can be propagated very easily using cuttings - which are often incurred during pruning.

Does the flower affect growth?

What do yellow leaves mean during flowering?

However, if the plant gets noticeably yellow leaves during flowering, serious problems are often behind it. In many cases, she suffers from a nutrient or water deficiency as both nutrient and water needs increase during flowering. But before you take countermeasures, it is best to first check the actual causes.

Yellow leaves on the book can have many causes. Sometimes the plant is infested by the boxwood moth, a small butterfly whose caterpillars devour entire stands.