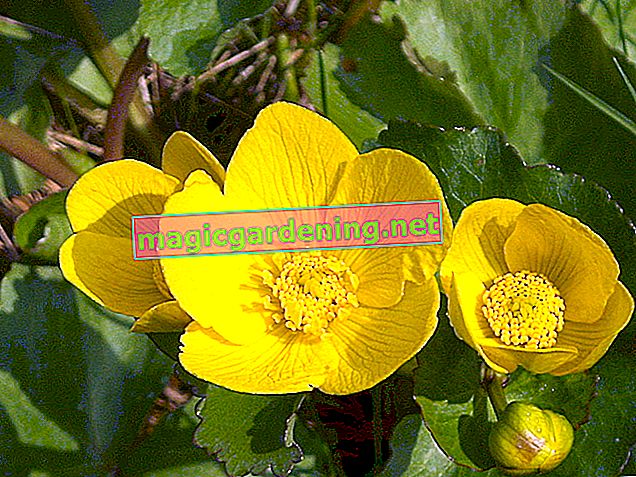 The characteristics of the sharp buttercup

The sharp buttercup is poisonous for humans and animals. It shouldn't be eaten. Even with skin contact, symptoms of poisoning such as redness, blistering and burning can occur on the skin.

Here are some of its features; on the basis of these it can be easily distinguished from dandelions:

Recognizing dandelions - these are the characteristics that make it!

These features make the dandelion distinctive and easily recognizable:

Dandelions are mainly found in nitrogen-rich meadows, along roads and forest edges. Even if it is mainly considered non-toxic, it also contains a slightly toxic substance. It is taraxacin, an active ingredient found in the milk juice. Nevertheless, the dandelion can be helpful against fever, gout, cough, rheumatism, loss of appetite and deficiencies in various minerals and trace elements.

If you want to take advantage of the healing powers and vital substances of the dandelion, only use the young leaves and flowers for consumption! The older leaves are rich in toxic oxalic acid.