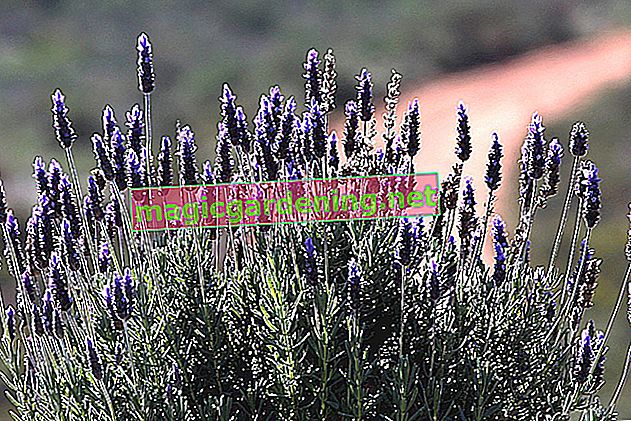 Cut in time for a second bloom

Lavender must be pruned regularly - that is, at least once a year - so that it does not become lignified and thus bleached. However, the plants, which originally came from the Mediterranean region, should be pruned in spring when there is no longer any threat of frost. For reasons of plant protection, do not cut in autumn, because a later cut robs the lavender of the strength it needs for wintering. However, you can prune your lavender as soon as it begins to wither. For most types of lavender, this point in time is already mid to late July. Lavender produces seeds immediately after flowering and then does not sprout new shoots. However, if you remove the dead branches, the plant will flower a second time. However, the flower cut should be done at the beginning of August at the latest.

Don't cut lavender too far away

With this flower cut you can shorten the plant by about a third, but you should not cut into the wood here either. However, if you have missed the right time, it is advisable to do without. In this case, you can only remove the dried-up - and unsightly - blossoms, although in the case of lavender plants that have overwintered outside it is better to leave the inflorescences and only cut the shrub again in spring. Always make sure that you always cut in the “green” wood when you cut back.

When to harvest flowers

When the lavender has finished blooming, it is already too late to harvest. The right time for a flower harvest has come when the panicle flowers in the central part. Cut off the flowers and stems up to the first pair of leaves and hang them up to dry. Lavender is traditionally harvested in the midday sun. Lavender flowers can be used for many purposes, for example as a spice in the kitchen, as a home remedy for sleep disorders and nervousness, in a scented bag against clothes moths or as a fragrant additive in bath water.

If lavender gets too big, you can transplant it. The best time for this is immediately after flowering in July / August, as the plant then has enough time to take root. You should also trim it as described.