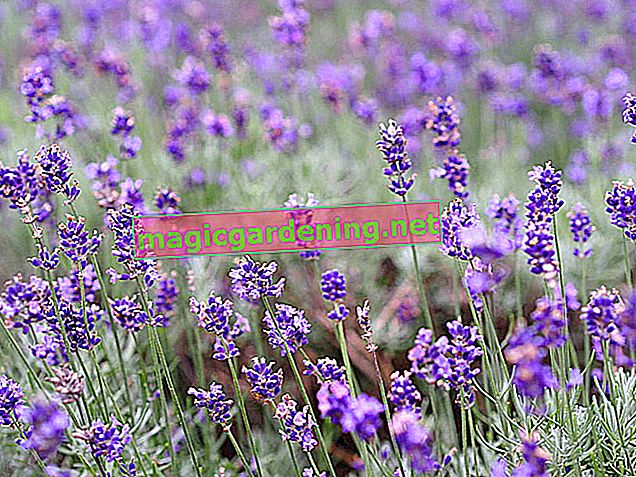 The most beautiful travel destinations for the lavender blossom

Early summer is the right season for lavender to bloom. In particular, the fields of Provence in the south of France are a single purple to blue sea from around May / June. Starting with the blissful month of May, there is the early blooming lavender, which blooms the longest of all varieties. From the beginning of June the flowering time of the real lavender begins, which can be found mainly in the mountain regions. A short time later, the tall spear lavender begins to open its flowers. The last to bloom is the lavandin typical of Provence, which blooms in a lush blue-purple tone from mid-June. Incidentally, Provence is the best-known growing area for lavender, but there are also extensive fields in other Mediterranean countries.The Italian Tuscany and Greece are always worth a trip to see the lavender blossom. There are also other growing areas in Spain (including Mallorca), Croatia (especially on the island of Hvar) and in Hungary (Tihany peninsula).

In Germany, the lavender blooms much later than in the Mediterranean - it is usually just not warm enough here in early summer. Most types of lavender only bloom here from mid / late June, sometimes even as late as July. Furthermore, the local lavender bloom is not only dependent on the weather (ie duration of sunshine, drought), but also on factors such as the nature of the soil and its care. Lavender only blooms so profuse and intoxicatingly fragrant when all the conditions are right - the plant is really sensitive and would therefore like to be treated with the utmost care.

Cut back your lavender vigorously towards the end of July / beginning of August at the latest, then it will often bloom a second time.