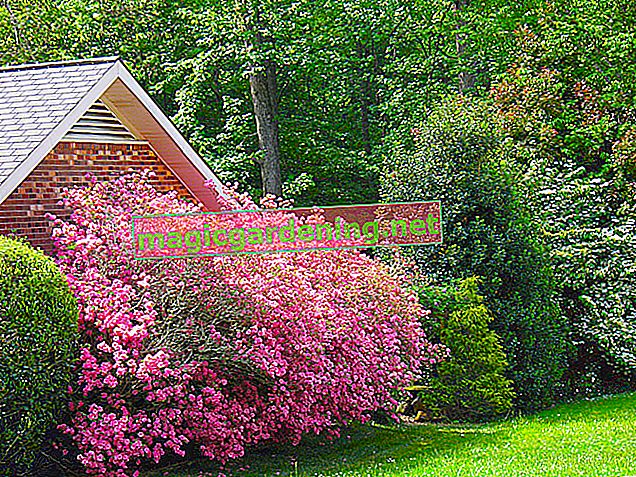 Plan flowering hedges from bushes according to different criteria

There is a multitude of different types of plants, which with their hardiness and shrub-like growth have proven themselves as solitary and hedge plants in the garden. When planning a flowering shrub hedge, however, the following factors must be taken into account so that there are no surprises and tedious transplanting activities after the work is done:

If shrubs that grow at different speeds and heights are to be cut back to a certain height over the years, the factor of height should be paid less attention to when choosing plants than if the flowering privacy hedge should take on more natural forms. Important factors, however, are the flowering time, ecological added value and the scent of certain plant species.

The selection of suitable shrubs

In principle, plants with rather pastel-colored, light flowers are preferred for a blooming privacy screen. Intense, dark red tones like the flowers of some Weigelia species also set quite interesting accents, but can also be perceived as a disruptive factor in a hedge shape. Many garden owners also prefer the following species when planting tall shrubs as a privacy screen, as they bring color to an otherwise largely bare garden as early as spring as colorful shrubs:

Bushes such as the winter snowball, the witch hazel or the cornel cherry bloom even earlier before the new leaves emerge. The latter offers an abundant supply of pollen for the bees and their newly created brood on exceptionally warm late winter days. Scented honeysuckle, butterfly lilac and various types of jasmine exude a beguiling scent during their respective flowering period, which some people can also perceive as penetrating.

Some blooming privacy protection plants such as forsythia can be shaped like a privet or beech hedge over the years and with several shaped cuts. A privacy hedge made of flowering shrubs usually looks more aesthetic if the naturally round growth habit of the shrubs is taken into account when planting. While natural privacy hedges made from classic hedge plants such as cypress and cherry laurel species are usually planted straight in a line, flowering hedges from different shrubs benefit from a slightly offset planting, in which different flowering times and color spectra come into their own. However, you should plan for the additional space required on the side,because flowering shrubs take up a little more space than columnar hedge plants.

Cut back brightly colored shrubs in the garden

Once the flowering shrubs in the garden have reached the desired height, they do not require much maintenance other than occasional fertilizers and watering. However, you should not underestimate the vigor of a privacy hedge made of tall bushes: Older specimens of the forsythia can form new shoots with growths of up to 1 m in length once or twice a year. So you can use the hedge trimmer (€ 135.56 at Amazon *) in spring and autumn and be courageous when pruning.

If you integrate fruit trees such as the rock pear or the elder into your flowering privacy hedge, you will benefit not only from the abundance of flowers but also from a rich harvest of vitamin-rich berries.