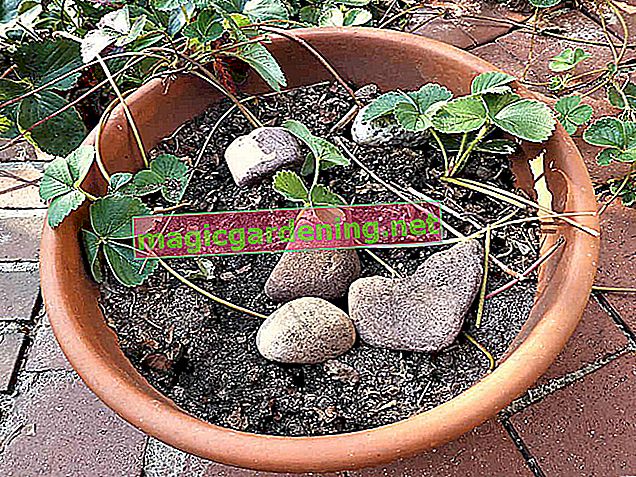 The three methods of propagation of lupins

Lupins are easiest to grow from seeds. You can collect the seeds yourself from bloomed panicles or buy it in a specialist shop. Here you have the choice between colorful mixtures and single-colored lupine varieties.

The seeds are sown on the spot in the garden either in autumn or spring. Alternatively, you can also use nursery pots (€ 14.90 at Amazon *) to advance and place the young plants in the garden or in a bucket later.

Note that the seeds of ornamental lupins are poisonous and must be kept out of the reach of children and animals.

Division of the lupine root

When the lupins have grown very large and you have to dig them up anyway for lack of space, you can divide the roots to propagate.

It is not easy to get the whole root out of the ground undamaged, because the lupine forms very long roots. Be careful not to damage the roots too much when digging up or dividing them.

The root is pierced with a spade so that at least five eyes remain on each section. Then the root pieces are planted in the desired location and well watered.

The lupine plant forms new shoots in the middle of the plant. These are cut as low as possible in early spring when they are at least ten centimeters long.

The cut pieces are placed in a growing bed or a deep growing tray and kept well moist. After about six weeks, the cuttings will have developed enough roots so that you can plant them in the garden or in a tub.

Lupins are often grown as green manure in the garden or in the fields. Unlike the ornamental perennials, these plants do not develop impressive inflorescences, but are rather inconspicuous. When buying, look out for seeds or plants that are designated as ornamental plants.