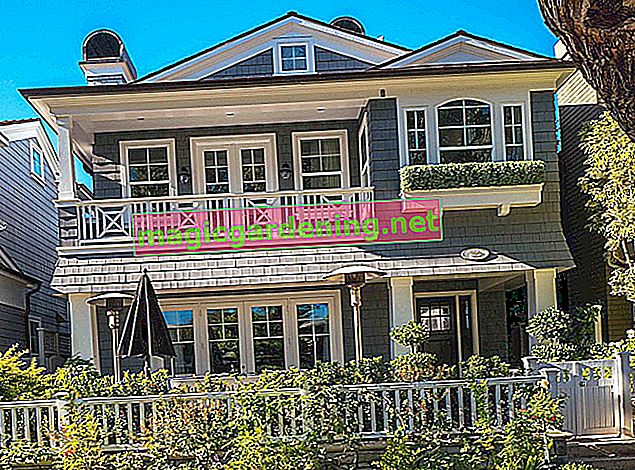 How wasps can get into the house

Wasps can get into our homes in a number of ways - either unintentionally or entirely on purpose. We are mainly talking about the following cases:

Single wasp in the house

Many types of insects quickly get lost in the house, especially in summer when the windows and patio doors are open. So did wasps. Above all, rooms with large areas of glass, such as winter gardens, are critical, as the complex eyes of insects are more specialized in recognizing colors and movements than in reproducing sharp images. A wasp that has lost its way inside will therefore try desperately to fly outside again through closed window panes.

In such a case, you should try to catch the wasp with a drinking glass or a net and carefully guide it outside.

As a preventive measure, it is advisable to stick insect gauze in the windows. They keep wasps and mosquitoes away and still do not hinder the necessary ventilation. In no case should you just kill the wasp. On the one hand, some wasp species are under species protection and, on the other hand, they increase the risk of being stung. In addition, dying wasps emit pheromones (messenger substances) that attract other wasps.

Wasp nest in and around the house

Two species of short-headed wasps in particular, the German and the common wasp, like to build their nests close to people and also prefer to use their living space. Dark niches in the beams of roof trusses or roller shutter boxes are absolute favorites because they are ideal, protected conditions for the development of states.

This case is of course a little more problematic than a single wasp in the living room or bedroom. Because the colonies of the species mentioned grow to 7,000 individuals and are difficult to control. First, in many cases, species protection stands in the way of immediate control and, second, the even greater risk of sting. Especially in the mass network, wasps can pose a fatal risk for allergy sufferers.

Once there is a wasp's nest, it must first be clarified whether a removal can be approved under nature conservation law. That is always assessed individually. If the authorities give the green light, a specialist can be commissioned to remove or relocate the nest.

As a preventive measure, it makes sense to close all possible entrances to attics and roller shutter boxes - i.e. cracks in the facade, porous seals and irregularities in the laying of the roof tiles. It can also help to provide possible nesting sites with unpleasant odors for wasps - for example by rubbing wooden beams with clove or lavender oil, laying out trimmed cloves of garlic or hanging an incense plant directly next to the window frame in a hanging basket.