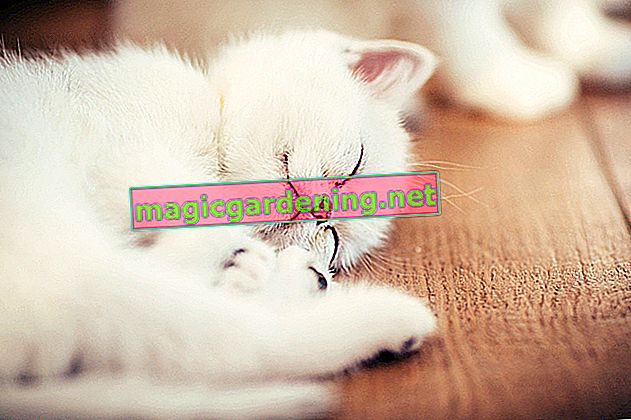 In the open field or even in buckets and pots, forest mushrooms like the tasty chanterelles cannot be cultivated. While mushrooms have long been grown on bales of straw and in boxes, chanterelles still come from forests collected in the wild. With a close look at the conditions for the growth of the chanterelles, they can sometimes be imitated on your own property.

Certain tree species as partners of the chanterelles

Chanterelles do not grow from the mossy substrate in every forest. Since they are dependent on the symbiotic interaction according to the mycorrhiza principle, certain tree and plant species must be present as a basic condition for chanterelle cultivation. Tree species that typically have chanterelles on their roots include:

This is how the symbiosis of tree and fungus works

Chanterelles themselves do not have any chlorophyll, which is why they cannot photosynthesize themselves to generate energy. The enzymes in mushrooms to break down complex carbohydrates are also missing the yellow taste miracles. To do this, the fungi access the root system of trees while improving their water supply themselves.

Create conditions for chanterelles in your own garden

The ideal conditions for growing chanterelles mushrooms exist if your garden borders the edge of the forest or if you have a certain amount of trees in the garden. With a little patience, you can also plant spruce, pine and fir trees and after a few years start attempts to establish chanterelles.

Chanterelles and their mycelium

Mushroom pickers know that they should never uproot mushrooms in the hope of future finds. The so-called mushroom mycelium is very sensitive and can produce new fungi if it remains in the soil. Go in search of chanterelles in the nearest forest. If you find what you are looking for, you can carefully detach the lower part of the chanterelles from the ground and use them to start a settlement attempt on your own property.

To this day, the breeding of chanterelles still poses various puzzles to science. However, it is recommended in relevant circles that a so-called inoculation of the soil with spores and mycelium parts should be carried out, as with other fungal cultures. So it can possibly be successful if you distribute collected spores of chanterelles through irrigation water or leftovers from chanterelles in small form on the roots of trees.

If the cultivation of the chanterelles in your own garden does not succeed, you still do not have to go without tasty mushrooms in winter. Specimens collected in summer from a successful walk in the forest can be dried relatively easily and thus made durable.