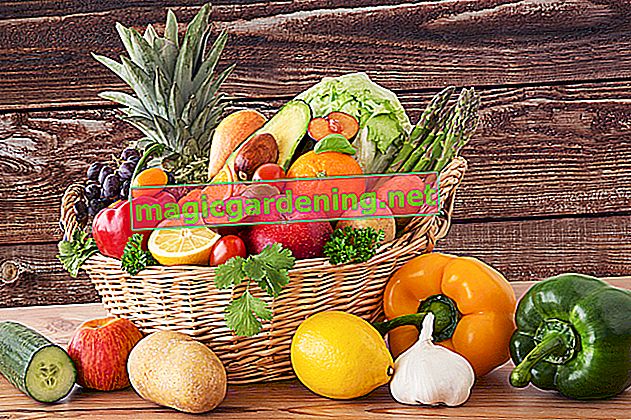 The origin of the watermelon

The watermelon has its botanical origin in Africa, where there are still wild forms known as the tsamma melon. However, the nowadays economically important varieties of watermelon such as Sugar Baby or Crimson Sweet differ greatly in taste from their wild relatives. The flesh of the wild forms does not taste as sweet as the cultivars known to us. Rather, it used to be more common in many regions of the tropics and subtropics to grind the large seeds of the watermelon into flour and bake a kind of bread from them. In Europe, watermelons mostly come from the following countries during the high season between May and September:

The watermelon as an annual plant

Many people classify watermelons as a fruit rather than a vegetable due to their sweet taste and their positioning on the supermarket shelf. In this country, watermelons are usually consumed as a refreshing dessert in midsummer. However, the distinction is correctly made based on a completely different criterion. For this it is important that melons are not only closely related to cucumbers, but also grow on annual plants like other vegetables. At harvest time, the tendrils of the watermelon die between the fruits, new plants for the garden will be grown from the seeds inside the fruits in the next season. Consumption as a dessert or a savory side dish is not important for this classification,after all, due to the ripening on perennial plants, the fruits of the olive tree are also correctly counted as fruit.

Sweet and savory variations of watermelon

Watermelons are not only enjoyed as a sweet fruit refreshment all over the world. In Russia, recipes for spicy pickled watermelons are very popular as a long-life vegetable side dish.

The kernels of the watermelon can also be eaten as a tasty snack if they are roasted in a pan like sunflower kernels and seasoned with a little salt.